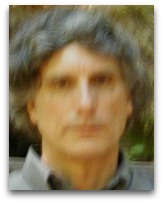 In 1979, Omni magazine published Langdon’s test (Ѻ), at the point when he was aiming to start a “Four-Sigma Society” to accept people four standard deviations or more above the mean.

Quotes | On
The following are quotes on Langdon:

“Try taking one of the tests created by Ron Hoeflin [Mega Test; Titan Test] or Kevin Langdon [Adult Intelligence Test] which were designed with the specific intent of measuring high IQ. Chris Harding [MultiMax Test] also creates upper limit tests. His Multimax Test contains only ten multiple-choice questions and claims a ceiling of 200+. Each author's address is listed at the beginning of this issue.”

“The Four Sigma Society (1 out of 30,000) was founded by [then] International Society for Philosophical Enquiry [founder: Christopher Harding] member Kevin Langdon in 1977. The society was active for about six years (1977 - 1983). Kevin edited four issues of the society's journal Sigma Four, with an average interval of two months. George Koch edited eight issues from 1980 to 1983, with an average interval of six months. The society accepted only one test, the Langdon Adult Intelligence Test (LAIT), on which an I.Q. score of at least 164 was required (later, other Langdon tests were also accepted). When the LAIT was published in Omni, in the April 1979 issue, it was taken by over 25,000 people, resulting in many new recruits for Four Sigma. Unfortunately, the large volume of responses to his test (which is no longer scored), coupled with Kevin's propensity for tardiness, also produced numerous complaints of late or non-existent score reports. Omni eventually sued Kevin for one million dollars (which they never collected). Kevin writes that he did eventually score the backlogged test answer sheets. There was a settlement under which he was to score approximately 2500 answer sheets in his possession and provide a list of testees' addresses to Omni for use in verifying that answer sheets were in fact received. Kevin scored all the tests, mailed score reports, and sent Omni the list. I have received an anecdotal report that at least one of the answer sheets did not return to the testee.”

Quotes | By
The following are quotes by Langdon:

“I believe that there may be free will, but the possibility of freedom resides in the attention.”