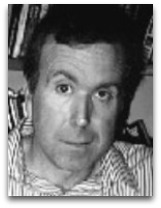 In human thermodynamics, Kevin Kelly (1952-) is an American futurist noted for his use of entropy and extropy in theorizing about the impact of machines and technology in the future. His noted book is the 1994 Out of Control: the New Biology of Machines, Social Systems, and the Economic World, touching on the topics of cybernetics, emergence, self-organization, complexity, and chaos theory, in which he spends about ten pages discussing entropy in the context of evolution and technology. [1] The aim of the book was to lay out the basic principals defining 'artificial evolution', a phenomenon argued to become commonplace in the next century. Keyy defines extropy as "life force" and life as an "information process making new order".

Kelly, supposedly, in one of the luminaries of the extropian movement and philosophy of extropianism, along with AI guru Marvin Minsky, nanotechnologist Eric Drexler. [2]

In 2009, Kelly gave a TED talk wherein he discussing the story of technology, with digression entropy and extropy (or exotropy, as he sometimes calls it). (V)

Matrix
Of note, Kelly’s Out of Control, along with French philosopher Jean Baudrillard’s 1985 Simulacra and Simulation and British philosopher Dylan Evans’ 1999 Introducing Evolutionary Psychology (evolutionary psychology), were the three required reading (had to be read prior to even opening the script) texts for actors in the 1999 film The Matrix.

Education
Kelly attended the University of Rhode Island for one year in circa 1971, before dropping out. He went to become the founding editor of a number of science magazines, most notably Wired Magazine.