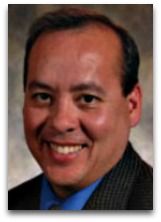 In human chemistry, Kevin F. Yee (1970-) is an American German literature professor noted for his 1997 posit that the Captain in Goethe's Elective Affinities functioned, in Goethe's mind, as a catalyst.

Overview
In 1997, Yee, in his “The Captain as Catalyst in Goethe’s Wahlverwandtschaften”, argued that the Captain, in German polymath Johann Goethe’s 1809 Elective Affinities, acts as a catalyst (or human catalyst) who “propels, accelerates, and alters the reaction without being affected himself.” [1] To cite an excerpt, as critiqued by Germanic literature theorist Astrida Tantillo: [2]

“The implied ‘correct’ outcome of the human reaction (a simple exchange of partners), which was predicted much like a chemical reaction, is avoided because the Captain is a catalyst and not a normal reactant … [Goethe’s] presentation of the Captain, the wild card in the mix of reactants, saves for humanity the possibility of freedom.”

Yee’s theory that Goethe’s character the Captain was a catalyst in the context of affinity chemistry theory, to note, would not have been strictly the case in the mind of Goethe as the concept and discovery of catalysts did not occur until 1831.


Beyond this, most agree that the Captain, symbolized by Torbern Bergman style chemical species letter 'C', as described by Goethe in his famous chapter four, was a ‘reactant’ in the main human chemical reaction of the novella, which was a double elective affinity. These human chemical symbol assignments would then be:

In plain talk, Goethe is saying that when Ottilie (D) arrives at the estate, Charlotte (A) will naturally cling to her adopted niece ("A will go over to D") and that when their friend the Captain (C) arrives at the estate to visit, he will naturally begin to hang out with his childhood friend Eduard ("C will go over to B"). As the story unfolds, however, Goethe gives his readers the true final end reaction he had in mind, which occurs as a second main step in the reaction mechanism, in the heightened activation energy state of the time period the visitor's arrival, where the pairings of Charlotte-Ottilie, AD, and Captain-Eduard, CB, begin to relax, wherein after Eduard and Ottile fall in love, DB, and Charlotte and the Captain fall in love, AC:

These two reaction mechanism steps constitute the main human chemical reaction described in the novella. In each of the 36 chapters, however, Goethe used a different affinity reaction, based on his studies in chemistry.

Beyond this, Goethean theorists Jeremy Adler (1994) and Ilya Prigogine (1983) have pointed out, the character to have been the human catalyst in the novella would have been “Mittler the mediator”, who facilitated marriages and relationships, bringing harmony to disputes, without himself being consumed.

Education
Yee's knowledge of chemist seems to come from the dabbling in the subject has a hobby. During his undergraduate years, for instance, he would often spend time balancing chemical equations stoiciometrically, while board in certain classes.

Yee completed his BA (1992), MA (1994), and PhD, with a 1997 dissertation “Identification, Patriarchy, and Aesthetic Homosociality in Wackenroder’s and Tieck’s Work”, all at the University of California, Irvine. His research, in general, focuses on German romanticism, Goethe, fairy tales, and 19th century German novellas. Yee has taught at the UC-Irvine, Pomona College, the University of Iowa, and Duke University. In 2004, he became the assistant director at the University of Central Florida.