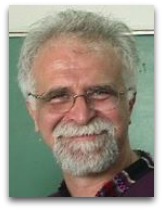 In existographies, Klaus Jaffe (1951-) (CR:7) is a Venezuelan chemical biologist noted, in sociological thermodynamics, for his 1980s to present efforts to integrate thermodynamic ideas into social dynamics of ants and humans.

Overview
In 1984, Jaffe, in his “Negentropy and the Evolution of Chemical Recruitment in Ants”, focused on the application of concepts such as negentropy, synergy, energetics, among others, to explain socialization behaviors in ant societies and human societies.

In 1994, Jaffe wrote “Energetics of Social Phenomena: Physics Applied to Evolutionary Biology”, co-written with Carlos Fonck, to explain the social life in terms of energy consumption and irreversible thermodynamics, citing empirical evidence in support of his theory using data from the formation and socialization of ant societies and colonies; an articles cited by Venezuelan-born English chemical engineer Erich Muller, in support of his own 1998 chemical thermodynamics of human societies theory. [1]

In 2001, Jaffe, in his Evolutionary Biodynamics, a 100-page online booklet, penned chapters on the thermodynamics of biological and social evolution. [3]

In 2002, Jaffe analyzed human cooperation and altruism with a perspective grounded on thermodynamics, in which he argued that human cooperation can be explained if the energetic balance on the aggregate individual contributions in a society is positive in the long run. [2]

Education
Jaffe completed a BS chemistry in 1974 at the University of Simon Bolivar, Caracas, with a thesis “Studies on the function of arsenate in the enzymatic reduction of dihydroxyacetone and its derivative phosphorylated catalyzed by the glycerol-3-P dehydrogenase; a MS in biology, with mention in biochemistry, in 1977 at the Venezuelam Institute for Scientific Research, Caracas, with a thesis “Study of some aspects of the relationship between memory and molecular circuitry in the mantle”; and a PhD in 1979, with a thesis “Chemical Communication Among Workers of Leaf Cutting Ants”, at the University of Southampton, England. In 1990 he became a full professor of biological sciences at the University of Simon Bolivar.

Jaffe, of note, also worked in the research group directed by Belgian chemical thermodynamicist Ilya Prigogine in Brussels during a sabbatical.