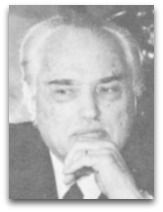 In existographies, Ladislao Reti (1901-1973) was an Italian chemical engineer and da Vinci historian, particular in respect to engine pioneers, noted for []

Overview
In 1969, Reti, in his “Leonardo da Vinci the Technologist: the Problem of Prime Movers”, recounts how he tried to collect all the related manuscripts of Leonardo da Vinci in respect to his theories on heat, steam, and heat engines: [1]

“In contrast to the scarce interest of Leonardo in the utilization of wind-power, heat and fire as possible sources of energy received his constant attention. Years ago, I tried to collect and discuss all the pertinent references in the Vinci manuscripts, and the late Ivor Hart examined them in a chapter of his last book. The invention of the steam engine marked the effective beginning of the conquest of energy. And, from the very beginning, the development of steam power was correlated with the evolution of the internal combustion engine. We are indebted to Professor Joseph Needham for a thought-provoking essay on the ‘Pre-Natal History of the Steam-Engine’, where the origin of every single part of the compound mechanism is discussed and traced (boiler, cylinder and piston, double acting principle, crank and rod transmission, etc.).

It is remarkable that each of those elements was discovered long before Newcomen and Watt and used in several kinds of mechanical applications, generally in the East. However, a distinct thread can be traced back from Watt to Heron of Alexandria in the Western development of the steam engine. Watt's attention was first directed to the subject in the year 1759, by Dr. Robinson, a scholar in the University of Glasgow, and a few years later by professor Anderson, who asked him to overhaul a model of the Newcomen engine. Newcomen was acquainted with the work of Savery and Papin, just as they were with the experiments described by Morland, the Marquis of Worcester, and David Ramsay.

All of them, in their turn, were under the influence of an important group of scholars whose interest in the study of the behavior and dynamics of fluids, i.e. pneumatics, was explosively stimulated by the [Latin] printing of Heron's Pneumatica in 1575. Pneumatics, after being merely a kind of a game and a curiosity, became a science with Galileo, Torricelli, Blaise Pascal, Edme Mariotte, Otto Guericke, and especially Robert Boyle.”

Reti then discredits the oft-purported statement about Gerolamo Cardano, in his "obscure passage", being the first claim that a vacuum is made when steam condenses, even though he was an avowed avacuist: [3]

“Most of the writers on the history of steam power attribute to Cardan the fundamental statement that a vacuum is created by the condensation of steam. It is unaccountable how the obscure passage in the De subtilitate [pg. 25] was interpreted to the credit of Cardan. More than fifty years earlier, Leonardo had clearly made the same statement several times. For example, in MS E, back cover, we read:

“When air [steam] is condensed into rain it will produce a vacuum, if the rest of the air does not prevent this by filling its place, as it does with a violent rush.”

Of course, Leonardo calls water ‘vapor’ or steam ‘air’, just as the later chemists called every kind of gas an air. But if we forgive Leonardo's faulty terminology, the meaning is clear.”

“To our greatest surprise, all the famous ‘theorems’ of Salomon de Caus, which made him one of the founding fathers of the conquest of steam power, had been clearly enunciated by Leonardo, as shown in my cited publication. Leonardo da Vinci attempted to determine the volume of steam obtainable by evaporating a given amount of water, long before Della Porta (1606), as can be seen in the familiar folio 10r of the Codex Leicester. Less known in the same Codex (fol. 15r) is Leonardo's description of other analogous experiments, revealing an amazing knowledge of the relation existing between volume, temperature, and pressure of vapors and gases. His approximate estimation of the quantity of steam evolved by the evaporation of an ounce of water points to the ratio 1:1,500. J.B. Besson, in his 1569 L’ Art et la Science de Trouver les Eaux, still believed that the proportion was 1:10, a ratio raised to 1:255 in the famous experiments of Jean Rey. It was not until 1683 that a better estimate 1:2,000 was made by Samuel Moreland, the correct figure being around 1:1,700.”

Reti then goes on to argue that the “Architronito” or steam-powered cannon was a unique invention of da Vinci, and not solely made by Archimedes, as follows:

“Leonardo's best-known contribution to the history of the conquest of steam power is his famous ‘Architronito’ (MS B, fol. 33r), a steam cannon. Needham remarked recently that the ‘Architronito’ was symbolic in the highest degree if we may look upon the piston as a tethered projectile. As for the attribution to Archimedes, I hope I have demonstrated convincingly in a recent paper that the steam gun is one of the most original ideas of Leonardo. Following older authorities (Valturius and Petrarca) he credited Archimedes with the invention of the ordinary gunpowder bombard. He merely did not realize that his own substitution of steam for gunpowder was a very significant additional invention.”

Reti then concludes with the conjecture that the “unknown author” employed by Giovanni Branca, as discussed by Francois Arago:

“If, against all probability, steam is ever used in a state of direct blast, Branca, or the currently unknown author to whom he has been able to borrow this idea, will take the first place in the history of that breath of new kind of machines. With regard to current machines, the titles of Branca are completely null and void.”

was da Vinci, and his Codex Leicester (folio 28v) discussion of a steam-driven meat-roasting jack:

“Water which is blown through a small hole in a vessel in which it is boiled, is blown out with a fury and is entirely changed into wind, and by this means, meat is turned to be roasted.”

Reti also points out that da Vinci, on several pages of Codex Atlanticus (fos. 80r, b; 400v, a; 380v, a), depicts cauldrons (aeolopiles) in the form of a human torso, identical to that found in Branca’s book.

Quotes | By
The following are quotes by Reti:

“The only detail that differentiates Leonardo’s machine from those of Huygens and Papin is the system adopted for raising the weight sustained by the piston. Huygens and Papin use a pulley and rope transmission (the same that Leonardo adopted in his experiments with steam), while Leonardo preferred to attach a rod to the bottom of the piston.”

“It is remarkable that the internal combustion engine utilizing the same mechanical arrangement precedes historically the steam engine, though substantial practical application came much later. A common origin of both inventions is revealed in the evolution of the experiments of Huygens and Papin. Papin came to the idea of the atmospheric steam engine (1690) after Huygens' experiments (1673) with a piston, moved by the pressure of the air consequent to the explosion of a charge of gunpowder in the cylinder (atmospheric internal-combustion engine), failed to give consistent results? In several surveys of this important chapter of the history of technology, the abbe Jean de Hautefeuille (1678) is credited with the invention of the first gunpowder engine. This is a manifest error: the experiments of Huygens were known at least from 1673, even though he published them later. Besides, Hautefeuille's device is a water-raising box and not an engine.”