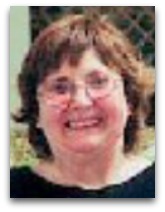 In existographies, Laurel Richardson (1938-) is an American sociology educator, noted for []

Overview
In 2016, Richardson, in her After a Fall: a Sociomedical Sojourn, recounted the influence of Charles Snow’s 1959 “two cultures” inflaming Rede Lecture The Two Cultures and the Scientific Revolution, wherein he said that modern university-educated intellectuals were divided between those who understood a literary work of Shakespeare and those who understood a scientific work of Clausius, specifically the second law of thermodynamics, in respect to the completion of her 1963 PhD in sociology, at the University of Colorado, and how the first question of her dissertation oral examination, hilariously, was apply the second law to sociology; which she recounts as follows:

“A book that enthralled my graduate school professors was C.P. Snow's The Two Cultures and the Scientific Revolution [1959]. Snow argued that scientists were illiterate in the humanities, and that humanists were illiterate in science. Not knowing the second law of thermodynamics, Snow said, was equivalent to not knowing who Shakespeare was; not being able to define mass or acceleration was equivalent to not being able to read. If sociology were to bridge the two cultures it would have to be literate in both of them. The first question on my PhD oral examination was: ‘apply the second law of thermodynamics to sociology!’

The idea of a divide between the sciences and humanities was particularly trenchant for sociology. Departments determined, I think, to get a good share of governmental cold war largesse, beefed up claims to be a science. Statistics classes became the backbone of a sociological education. I was even enlisted to teach them, although I had never taken one, because I was ‘good at math’; my dissertation topic was a study of pure mathematics and I was then married to a mathematician.

Research methods seminars taught scientific methods of sampling and surveying populations to test deductively constructed hypotheses. Long established methods such as interviewing and participant-observation were rejected as subjective or seen as a kind of foreplay to the main research event, climaxing in an article in a top-ranked journal, and then the opportunity to snag another grant. And so, a new and pernicious division within sociology was reified: quantitative vs. qualitative. Snow's main point was missed: to solve problems, the two cultures need each other. Some researchers try to do this through mixed methods, reaching into quantitative and qualitative toolboxes (note not cosmetics bags). I have done that myself. But, over the past few decades the philosophical under-pinning of the ‘two cultures’ has been discredited. Bye-bye, bifurcation.”