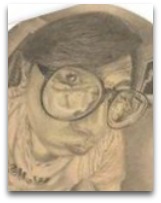 In 2005, discussions between Chin and American chemical engineer Libb Thims, on the topic of the thermodynamics of evil, as discussed in Chin’s chapter “Power, the Second Law of Thermodynamics and the Problem of Evil”, resulted, in part, to stimulate the writing of the first article for the Journal of Human Thermodynamics, titled "Evil, Structural Stability, and Pre-disposed Movements.” [2] In addition, in regards to the field of cessation thermodynamics, parts of Chins theory are mentioned Thims’ 2005 manuscript Cessation Thermodynamics and his 2007 textbook Human Chemistry. [3]