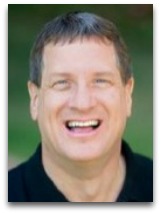 In hmolscience, Lee Strobel (1952-) (CR:36) is an American "intellectually fulfilled atheist" (1966), turned investigative journalist (1974), turned Christian apologeticist and pastor, noted for his 2004 The Case for a Creator, oft-name dropped by theists (Ѻ) in debates, as an example of an atheist who was turned to theism owing to his research.

Atheism
In 1966, at age 14, Strobel states that he became an “intellectually fulfilled atheist”, to use the words of Richard Dawkins (1986), when in his biology class he saw four images that stuck in his mind; specifically: [4]

Strobel states that these images were the start of his study on this topic; he states that by the time he had finished his study of this topic, he was “thoroughly convinced that Darwin had explained away any need for god.”

In 1974, Strobel, a newly-minted journalist, working for the Chicago Tribune, was assigned the job of going to report on the Kanawha County, West Virginia “textbook controversy” initiated by Christian fundamentalist school board member Alice Moore the wife of a local preacher, who single-handedly, via Church social networking, got 96,000 copies of 300 different “text books”, as she and protestors referred to them, e.g. Paradise Lost (John Milton), The Great Gatsby (F. Scott Fitzgerald), The Old Man and the Sea (Ernest Hemingway), The Republic (Plato), to name a few (Ѻ), removed from public school classrooms, because of their "anti-Christian slant" passages and views. When Strobel set off to report on the event, he let the following quote run thought his mind, him supposedly being an atheist at this point: “Christians … hadn’t they heard, as one skeptic [Feuerbach] famously put it, that modern science had already dissolved Christianity in a vat of nitric acid.”

Strobel | Businessman dialogue
The following conversation took place in 1974, in the heat of the textbook controversy, between Strobel and a local businessman over hamburgers at a Charleston diner:

Strobel: “Why are you so enraged over the new school textbooks?”

Businessman: “Listen to what Dynamics of Language tells our kids. To quote: ‘Read the theory of divine origin and the story of the Tower of Babel as told in Genesis. Be prepared to explain one or more ways these stories could be interpreted.’ [tossing a well-worn clipping on the table] The theory of divine origin! The word of god is not a theory. Take god out of creation and what’s left? Evolution? Scientists want to teach our kids that divine origin is just a theory that stupid people believe but that evolution is a scientific fact. Well, it’s not. And that’s at the bottom of this.”

Strobel: “Are you saying Charles Darwin is responsible for this?”

Businessman: “Let me put it this way: If Darwin’s right, we’re just sophisticated monkeys. The Bible is wrong. There is no god. And without god, there’s no right or wrong. We can just make up our morals as we go. The basis for all we believe is destroyed. And that’s why this country is headed to hell in a handbasket. Is Darwin responsible? I’ll say this: people have to choose between science and faith, between evolution and the Bible, between the Ten Commandments and make-‘em-up-as-you-go ethics. We’ve made our choice—and we’re not budging.”

Businessman: [taking a swig of beer] “Have you seen the teacher’s manual?”

Businessman: “It says students should compare the Bible story of Daniel in the Lion’s Den to that [slave and the thorn in the lion’s paw] myth

Strobel: “Androcles and the Lion?” (Ѻ) [from Aesop’s fable]

Businessman: “Yeah, that’s the one. [wagging a french fry at Strobel] What does it tell our kids when they’re supposed to compare that to the Bible? That the Bible is just a bunch of fairy tales? That it’s all myth? That you can interpret the Bible any way you darn please, even if it rips the guts out of what it really says?”

Businessman: “We’ve got to put our foot down. I’m not going to let a bunch of eggheads destroy the faith of my children.”

Quotes | On
The following are quotes on or about Strobel:

“I lost 5 IQ points reading Strobel's book, which was nothing more than mindless propaganda.”

Quotes | Employed
The following are quotes employed by Strobel:

“By coupling undirected, purposeless variation to the blind, uncaring process of natural selection, Darwin made theological or spiritual explanations of life processes superfluous.”

“Is there an intellectually honest Christian evolutionist position? Or do we simply have to check our brains at the church house door?”

Quotes | On
The following are noted quotes:

“Christians … hadn’t they heard, as one skeptic famously put it, that modern science had already dissolved Christianity in a vat of nitric acid.”

— Lee Strobel (2004), reflective monologue, with reference to the Ludwig Feuerbach nitric acid prophecy, on being sent in 1974 to report on the West Virginia hillbilly bombings and shootings over certain non-Christianity conforming textbooks being used in public schools [1]