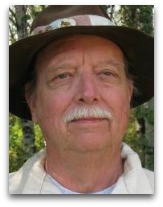 In hmolscience, Leland Gilsen (c.1945-) is an American anthropologist, archeologist, and computer hobbyist noted his 2006 theory of culture as a thermodynamic machine amenable to computer simulation.

Overview
In 2006, Gilsen, in his “Modular Approach to Designing Computer Cultural Systems: Culture as a Thermodynamic Machine”, outlined a computer simulation theory of culture modeled as a thermodynamic machine; the following is an example quote: [1]

“A thermodynamic characteristic of cultures is their ability to map out matter, energy and information about resources, their relative distribution, relative abundance, relative activity, and relative predictability.”

Gilsen’s central argument is that culture can be best modeled as an energy-information-economic, general systems theory, ecological thermodynamics based, type of thermodynamic machine (heat engine), with focus on the "mosaic of minerals valued by human groups".

Education
In circa 1977, Gilsen completed is PhD in anthropology with a specialization in archeology at the University of Arizona. From 1978 to 2002, Gilsen was the state archeologist of Oregon. Gilsen states that he has had a “long standing interest in physics, systems theory, thermodynamics, and cosmology.” [2]