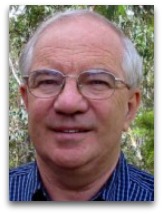 Overview
In 2009, Fisher, in his The Perfect Swarm, attempted to explain how at low densities, organisms and people in a crowd behave more or less like atoms or molecules in an ideal gas, wherein their speeds follow a Maxwell-Boltzmann distribution, but that as more and more bodies are packed in the once random crowd spontaneously organizes. [1] The book is a mixture of complexity theory, Benard cells, dissipative structures logic, bifurcation theory, with interjections on subjects such as six degrees of separation, self-organization, and game theory, in attempt to explain the rules of decision involved in crowd and swarm behavior.

In 2011, Fisher published Crashes, Crises, and Calamities, wherein he takes a jab at criticism of social thermodynamics, a field which seems to be new to him, commenting on Croatian physicist Josip Stepanic’s 2000 article “Approach to a Quantitative Description of Social Systems based on Thermodynamic Formalism” and Yi-Fang Chang’s 2009 article “Social Synergetics, Social Physics, and Research of Fundamental Laws in Social Complex Systems”, calling the two articles nothing but pages of complex mathematics, filled with hilarious conclusions. [5]

Chaos
Fisher seems to present the view that human societies organize, owing to the attractions and repulsions that exist between people, similar to the forces of attraction and repulsion that exist between atoms and molecules, but he also seems to have adopted the Prigoginean view that humans exist constantly at the edge of chaos, a logic base on the hypothesis that humans and human societies are advanced types of Bénard cells. The following opening exert gives an idea of Fisher’s view:

“Atoms and molecules experience forces of attraction and repulsion with nearby atoms and molecules, and these forces are sufficient in themselves to produce long-range order that can extend for billions of atomic diameters in all directions. Our society is made up of billions of individuals also, and the forces of attraction and repulsion between us can act to create social structures among us as well. These structures, however, are not nearly as regular as atoms (e.g. in a crystal) – to use the complexity scientist’s picturesque but slightly misleading phrase, they are on the edge of chaos.”

Fisher goes on to explain that the term ‘edge’, which in the Bénard cell speak of fluid mechanics is quantified by a specific Raleigh number, implied not that our social structures are on forever in danger of descending into anarchy, but that their degree of organization lies somewhere between complete order and complete chaos. He goes on to state as a matter-of-fact that:

“Systems on the edge of chaos, including animal groups and human societies, have dynamic order, [which] lasts longer than the vortices in a cup of coffee.”

In direct speak, Fisher assumes that human society is a system constantly on the edge of chaos, which is an incorrect assumption culled from the work of Ilya Prigogine.

Henderson
Fisher cites the 1971 work of engineer Roy Henderson who monitored the movements of college students on a campus and children on a playground, finding that in both cases their movements fit the Maxwell-Boltzmann distribution, meaning that both velocities of gas particles and the speeds of students follow a Gaussian distribution. [4] A noted difference between the children and college students, according to Fisher, was that the children had much more energy and consequently moved at much higher average speeds. [2]