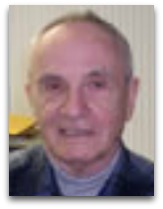 In existographies, Leon Harold Warshay (c.1931-) (CR:17) is an American sociologist noted, in hmolscience, for []

Overview
In 1993, Warshay, in his chapter “The Social Theory of a Humane Organicist: On Werner Stark as Intellectual Detective and Moralist”, wherein he gives a synopsis of the critical social mechanics views of Austrian macroeconomist turned sociologist Werner Stark, namely his 1962 The Fundamental Forms of Social Thought, wherein Stark devotes two chapters to an "angry" critique, as Warshay summarizes it, of what Stark refers to as the "extreme mechanicism" school of sociology (see: mechanistic school) or social mechanics, where people are treated as particles (see: human particle) and or molecules (see: human molecule) whose behaviors are explained through mechanism and physical science principles. The gist of Warshay's summary of Stark's views are as follows: [2]

“Some modes of mechanism (Chapter 10), such as Simmel’s, are tolerated; others, such as Lundberg’s, are not. Simmel is deemed a moderate even though he leans toward nominalism, just as Durkheim is favorably contrasted with Simmel as a moderate who leans toward realism. Lundberg is criticized for aping physics—for using motion, energy, and force as social mechanism and defining societal groups as ‘electron-proton configurations’—thereby being enslaved by ‘mechanistic modes of thought’ (pgs. 153-54).

The work of Henry Charles Carey (which is discussed in Chapters 10 and 11) and that of S.C. Haret is characterized as extreme mechanicism. Both apply physical principles to society (e.g. force, attraction, motion, constrains, space, equilibrium, energy, and electricity) and both see individuals in mechanistic-atomistic terms (e.g. as particles and or molecules) as inert elements caused from without. Stark criticizes extreme mechanicism for its inability to deal with social fact (pg. 163) and as inclined to be a- or anti-historical (pg. 159).

Some ‘empiricism’ is evident here in Stark’s criticisms of the various types of mechanicism he posits. His argument is an angry one: that Carey, Pareto, and Lundberg have all ‘imported’ models from elsewhere (e.g. from physics and astronomy), and have ‘imposed’ them on social phenomena (which Stark knows to have an idealistic character) under a ‘unity of nature’ positivist ideal, which is really a sociology unified under physics (pg. 155).”

1. Thank you for your bold effort at culture-bridging.
2. I tend to be a pluralist rather than seeking one system that might include divergent "cultures" such as sociology and chemical engineering (my younger brother is a chemical engineer, and certainly not a sociologist although he could be one kind of sociologist).
3. I see most efforts at theoretical, and/or theory-method, integration as ignoring "natural," qualitative differences, whether Parsons, Merton, Radcliffe-Brown, or anyone else (See my MacIver, below, points 7 and 8).
4. Hence, I tend to be anti-reductionist.
5. Lundberg saw physics as underlying sociology, for example, groups were seen by him to be "electron-proton configurations." Physics was evidently his model.
6. In contrast with Cooley, who really rejected science, Mead accepted it, but leaned toward a biological, rather than physical, view of science as closer to human behavior and to Interactionism (or. as he called it, "Social Behaviorism.)"
7. MacIver has rightly criticized attempts (by people such as Lundberg, to "charm away a difference that nature itself reveals.") (MacIver, Social Causation, Harper, 1942, p. 300), nature should be "carved at its joints. (Incidentally, I met MacIver years ago (invited by political scientists, not by sociologists, at Ohio State, but social theorists were invited.. When I mentioned his "paper flying before the wind" versus "a man fleeing from a pursuing crowd " example, MacIver said that he never liked "that man."
8. MacIver distinguished between mechanical causation and "conscious being" causation, thereby giving respectability to the notion of cause, i.e., it need not be confined to mechanical, one-way, causation. causation.
9. Lester Ward asserted that, to be a science, one must talk of "forces," an arbitrary argument.
10. Homans was "mechanistic" as well.
11. To return to your original question, mechanistic approaches appear to have been ruled out of court, by Parsons at al.
12. Probably some social phenomena fit the mechanistic model, i.e., it may be a question of "fit."
13. I think that Interactionists and those that stress "meaning" could accept "causation" under a broader view of it not confined to mechanical causation.

Warshay followed this up with the following 08 Mar 2013 communication: [3]

This is yet another comment-answer about your statement about the mechanistic school in sociology:

1. I certainly do not rule out a mechanistic, or mechanical, I am open to a mechanistic school for sociology as one of several approaches, therefore would not rule it out of court (as Parsons has). Sociologists should be open to applying:

a. Various scientific models should be applied—physical (including the mechanical), chemical (various types), biological (my wife, Diana, started as a biologist). Then there are diverse other approaches. phenomenological, radical behaviorist,
b. Various "humanistic" models (humanistic in the sense of anti-science, at least anti-mechanistic science, as Cooley did in his 1930, his last, text. Mead was pro science (a biological model).

Today many call themselves "qualitative" sociologists, presumably as distinguished from "quantitative" sociologists, some of whom are Empiricists, others better fitting a Neo-Positivist label.
2. Still, from the standpoint of one's approach "fitting" social phenomena, one stressing "meaning" is my preference, maybe a Blumerian one (although Blumer pales before Mead). Dewey wrote that Mead did not realize the "originality" of his own approach (In a similar manner, Friedrich Engels, while rightly thinking highly of his own approach, granted Marx's genius. So, Dewey is to Mead as Engels is to Marx.). Mead was genius, as was Marx, although more modest.
3. I will now more directly try to answer your question as to why the mechanistic school is not being taught in American sociology.

a. It is taught by implication, at least for those having a mechanistic view of causation (e.g., Lundberg, Homans, maybe Ward, among many).
b. That is, some believe, or assume, that cause-effect is always mechanical. As my items 7 and 8, in my previous E Mail to you, asserted, there are diverse approaches to causation (As MacIver's Social Causation [1942] text indicated.). As I wrote in item 13 of my previous E Mail, Interactionists, Social Action theorists, social phenomenologists, and others could accept an idea of causation not confined the mechanical.

4. Thus, a short answer to your question is that

a. A mechanistic sociology does exist, as indicated variously above, but less openly presented.
b. One problem is confusing "humanistic" with "humanitarian."
c. Another is assuming that theory must be humanistic (i.e. mentalistic, conceptualistic, value-laden, ideological) whereas a diverse approach does include empiricist and positivistic theory (physical, biological, chemical, etc.)

5. The same argument applies to methodology.
6. Incidentally, and not so incidentally, my recently published theory text (Perspectives in Sociological Theory, Landon Elsemere Press, Canada.) lists many items in the Index under "Mechanical," p. 526).
7. In any case, I fully endorse your efforts to include the mechanical.
8. The bottom line is bias, those seeking to overcome bias often being called names.

In answer to your question of why the mechanistic school is not being taught in American sociology:

1. The mechanistic school is seen to be "foreign matter," particularly given the emphasis in sociology of the below:
a. Interactionism,
(1) particularly that of Blumer (Symbolic Interactionism) (1937, 1954, 1962,1969) and Cooley's "mentalistic" emphases (1902, 1909, 1922, 1930)
(2) Mead is more marginal. He is behavioristic ("social behaviorism, 1934, 1938) but does not deny the importance of the subjective, the inner life, but asserts that one should begin with the "outside" (i.e., the observable) and then move to the "inside" rather than the other way around.
b. Functionalism and/or Stricture-Functionalism, largely Parsons (1951, 1966, 1977) but also Merton (1949, 1957, 1968), is largely Weberian.
c. Peter Blau,
(1) who began with Merton's emphasis on large-scale organization and bureaucracy,
(2) but also included Social Exchange theory (1964, 1968),
(a) following Simmel's "social association" approach (i.e., relationism)
(b) while rejecting Weber's and Parsons' "social action," i.e., subjective (Blau 1964:13).
(3) While not mechanistic, Blau is closer to it than are the above others; he is a "neo-positivist," as is Merton.
2. In contrast with all the above is George Lundberg (1939, 1947, 1964), using physics as the proper model fort sociology
a. For example, groups were seen as "electron-proton configurations").
b. With the possible exception of mathematics, physics was seen as the ultimate
(1) In contrast were those who, while on the side of science, saw biology as a better scientific model for sociology (e.g., Mead) than physics.
(2) This raised the issue of "reductionism," the most threatening to sociology as a discipline is reductionism of sociology to psychology
(a) This issue particularly emphasized by Emile Durkheim (1895), who argued against reducing, i.e., explaining, sociology (i.e., "social fact") in terms of psychology i.e., individual or psychological fact
(b) Reductionism was emphasized by Floyd Allport, older brother of Gordon Allport, in the early 1920s, when psychology tended to stay on the individual level," reducing" social variables to psychological ones such as perception, motivation, and personality.
(c) In contrast with reductionism is emergence, or emergent properties, the issue being a pragmatic one, theoretical strategy, rather than the "real world."
(I) Part of what it involved here is culture, i.e., English and American culture, leaning toward Capitalism, tending to individualism and individualistic explanations, a more real and/or valid.
(II) In contrast are more collectivist cultures, such as Germany and, possibly, France, Russia, etc..

1. Mario Small's statement that the "introduction of a department or class, strung between the physics and sociology department, seems like a tall order at the moment" but, being true to a physical analogy or model, tall orders can be toppled.
2. While a physical sociology, or social science, is "foreign matter," given the prevalence in sociology of Weberian, Parsonian, Interactionist, Functionalist, and similar approaches, the concepts and theories to be selected and used are a pragmatic matter, a matter of fit and usefulness, in prediction, explanation, intelligibility, and the like.
3. Hence, sociophysics cannot, and should not, be ruled out of court, despite Talcott Parsons.
4. At the other "extreme," neither should qualitative, humanistic, and/or idealist approaches be ruled out, whether subjective idealist or objective idealist.
4. What should be avoided is narrowness and closed-mindedness.
5. Hence, it is necessary to entertain physicalist, chemical, biologistic, psychologistic, material culturalist, geographic concepts, models, and theories.

Education
Warshay completed his PhD in sociology in 1959 with a dissertation on “Breath of Perspective, Culture Contact, and Self” at the University of Minnesota. Currently, he is a professor of sociology at Wayne State University, Michigan.