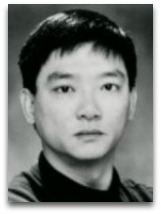 In hmolscience, Leong Ying (c. 1960-) is a Asian-born American nuclear physicist noted, in literature thermodynamics, for his 2002 semi nonfictional "twin universes theory" about entropy and being, or something along these lines.

Overview
In 2002, Ying published an online semi-nonfiction idea called twin universes theory, an attempt to explain life, consciousness, dark matter, and cosmic expansion, second law, then in the form of a science fiction book Klystar, the latter of which incorporates Chinese principle of Yin-Yang with laws of thermodynamics to postulate the existence of a “single omnipotent consciousness” or god, bonded by a force akin to love, residing in the parallel universe. [1]

The book tells the story of a young man named Leo on his quest to discover his own origins and learn the truths of the universe. Ying's theory was originally conceived in 1995 in the context of the fictional sci-fi novel, but soon more of the theory began to emerge out of the writing, to which he now devotes more of his time to.

In the positive universe, according to Ying, which is where earth is, the original second law states that "for irreversible processes, the entropy of the enclosed system must increase, or put another way, all real processes move towards a state of maximum disorder." [2]

Religion
Ying is a former atheist, who up until circa 2003 considered himself to be an anti-religious as well as a "religious bigot" who viewed religious people as "losers who needed to get a life", but has since, in his mind, discovered a bridge between science and faith, viewing god as a “single omnipotent consciousness”. His 2007 book, according to reviews, presents a scientific proof of God in an easy to understand, powerful way for non-scientists.