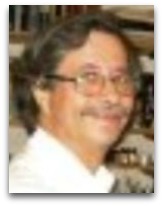 In hmolscience, Lev Shneider (1946-) is a Russian-born American science fiction writer noted for his 2005 novel Matryoshka, in which the character ZeeBrain initiates a dialogue to his pen-pal Ginnie, on whether or not a person is a molecule, whether two people in a bond are a new type of molecule, and the ramifications of this logic in the context of love, particularly in terms of stability. The dialogue has resemblance to German polymath Johann Goethe's famed chapter four. In 2010 commentary on his novel, Shneider gave his opinion that: [3]

“The molecule approach applies to all potential couples.”

The story, in overview, is a doll-with-in-a-doll themed story, about a man named James Morris who begins reading up an ‘obscure scientific text’, and journeys to Soviet Lithuania in the sixties, all the while completing a revolutionary theory in his mind. Shneider began working on the book in 1988.

Dihumanide molecules
In the first part of the dialog, ZeeBrain comments: [1]

“Talk is cheap. Talk is safe. Let’s talk about love. Lust flares and dims. Relationships start and end. Love is or isn’t. Love is a person, a separate entity with its own body, metabolism, and dreams. Love is two human molecules bound to make a third.”

In this last quote, Shneider is making reference to the complex idea that when two human molecules, A and B, that transform through a combination reaction to form a couple:

the product ‘AB’, where letter proximity, in the Bergman sense, indicates the existence of a human chemical bond (A≡B), are actually now, technically, defined as a ‘dihumanide molecule’, a single entity, or ‘third molecule’, as Shneider puts it. In this context, the combination reaction could more aptly be written as:

where, in stead of AB, signifying a connection of two entities, the letter symbol C is used to signify that a new single entity has formed, the couple.

“Just like molecules, people need an outside force to restore the initial, ‘prelove’ conditions. Are you a stable molecule, Ginnie? I know I’m not lately.”

Here, Shneider is dealing with a number of complex issues. The person is musing on whether it is scientifically possible to restart a reaction or bring things back to their initial state. This can be looked at from two points of view. One, the reaction may be at equilibrium:

A + B ↔ AB
meaning that both the initial state and final state have equivalent values of potential energy, i.e. Gibbs free energy, where, resultantly, the reaction oscillates or equilibriates back and forth between reactants (A + B) and products (AB); which is captured in the types of relationships where people "make up to break up", many times over.

Irreversibility | Return to initial conditions?
Secondly, and more correctly (oscillation reactions tend to be fleeting), the discussion may be looked at in the context of the second law, irreversibility, and the arrow of time for chemical reactions. In simple terms, according to German physicist Rudolf Clausius, the system of the couple can be considered as a working body, in a thermodynamic sense, and a working body can never be "returned to its original state" or atomic configuration. This is expressed by Ginnie who answers:

“ZeeBrain, people are not molecules! Love changes us forever. Once in love, we can never be restored to ‘prelove conditions’ even after our love is gone.”


The last exclamation, that people are not molecules, certainly has its adherents (e.g. Steve Fuller); but, nevertheless, it is interesting to note that the discussion of both sides of the debated, in this dialog, seems to mirror the discussion on the same topic between Eduard and Charlotte in Goethe's celebrated chapter four.