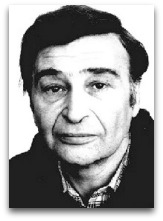 In hmolscience, Lev I. Rozonoer (c.1934-) or "л.и. РОЗОНОЭР" (Russian), is/was a Russian cybernetician noted, in economic thermodynamics, for his 1973 work on applying thermodynamics in economics.

Overview
In 1973, Rozonoer, published a four part article “A Generalized Thermodynamic Approach to Resource Exchange and Allocation”, discussed, via derivation, what Kenneth Bailey (1990) refers to as analogies in thermodynamics and economics. [1] The following of which is the abstract of part one: [2]

“The paper is an attempt to reveal resource exchange and allocation mechanisms common for processes of various nature (economic, sociological, physical,etc.). The paper will consist of four parts. The first will describe an equilibrium model assuming the existence of a“structural function” (interpreted as entropy in thermodynamics and autility function in mathematical economics). The conditions for equilibrium of acomposite system are described for the case where the subsystem structural functions are additive.”

The entire article seems to be available only in Russian at present. [3]

Education
Rozonoer came to IAT in 1955, immediately after the MEI, and worked the Institute for more than 40 years, before leaving for family reasons in the US in 1996, the first time he was involved in the automation of the chemical industry. In 1960, he defended his PhD thesis on some aspects of the theory of optimal control in 1964 - a doctoral (theory of systems with compensation of external influences). Since 1965, Professor in the Department of MIPT "Theoretical Mechanics" and base chair in IATe. (Ѻ)

In 1996, Rozonoer was a professor associated with the Soviet Academy of Sciences.