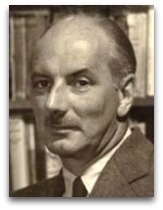 In hmolscience, Lewis Mumford (1895-1990) was an American historian noted, in human thermodynamics, for his ideas on social energetics and how thermodynamics applies to theories of human activity. [1]

Overview
In 1934, Mumford published his Technics and Civilization, wherein he frequently made reference to the study of economic activity from the viewpoint of energy; following is an example quote: [2]

“What are called capital gains often turn out, from the standpoint of social energetics, to be losses; while the real gains … [remain] outside the commercial scheme of accountancy.”

In 1951, in the context of religious thermodynamics, Mumford reasoned that the evil or destroying force of the universe is captured by the workings of the second law of thermodynamics: [3]

“As soon as religion, in fact, makes its God the creator and all-wise author of the universe, it must either gloss over the evils of existence at the expense of truth, or it must invoke another principle, equally at work in the universe, which brings the creator’s work to naught, defacing his creatures and defaming his beneficent intentions. Sheer logic thus drove man of the classic religions to invent the Devil or the Destroyer, the mythical equivalent of the second law of thermodynamics, who undermines all the constructive activities of life. As Kali, as Ahriman, as Satan, as Loki, the devil personifies an inescapable fact of human experience: the fact of de-building, disorganization, degradation.”

Mumford, in his Pentagon of Power (1970), according to American social energetics historian Eric Zencey, supposedly, took a theme of approach similar to Fred Cottrell. [4]