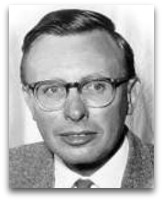 In chnopsology, Lionel Harrison (1929-2008) was an English-born Canadian physical chemist and theoretical biologist (powered chnopsologist) noted for his work on the physical chemistry of morphogenesis, in which, using what he refers to as the "physicochemical" view, which he contrasts with American plant growth theorist (Ѻ) Paul Green's "biophysical" view, he investigates a minimum free energy configuration “cell-as-molecule” approach to cell formation. [1] In his 1993 Kinetic Theory of Living Pattern, Harrison stated something along the lines of the following: [7]

“The problem of the physical chemistry of the development of form of organisms is a field with a great unknown and immensely existing. To pursue it is like trying to account for the rainbow in the 14th century, to do celestial mechanics before Newton, or to pursue quantum theory in the 1890s.”

Chemical thermodynamics of form change aside, some of Harrison's theory, as he states, is culled from British polymath Alan Turing's "Chemical Basis of Morphogenesis" work.

In discussing his Figures 3.2 and 3.3, in his Shaping of Life, which show his five collected data points of calcium concentration vs Acetabularia hair whorl spacing, and how he made entropy and enthalpy determining van’t Hoff plots from this data, Harrison humorously recounts the multi-disciplinary reaction to his work noted at few talks he gave on this data at various meetings: [7]

(1) When I gave a talk on Turing reaction-diffusion theory to my home chemistry department, one of my colleagues remarked:

“It’s nice to see that such an apparently difficult problem can be explained by a couple of differential equations.”

I thought ‘Oh, dear. I haven’t got over to him that most biologists reject this theory.’

wrinkling his nose as if experiencing a bad smell.

(3) After a talk in a chemistry department, one of the audience said to me:

“What I like about your [work] is that you go straight from the green stuff to differential equations.”

(4) At a poster show at the developmental biology meeting, my collaborator David Holloway was waylaid by a posse from another modelling group who started their work from molecularly known genetic networks, saying:

“Why don’t you guys use real molecules?”

This is all very hilarious, to say the least! These reaction comments, which can be summarized underlyingly as a neovitalism vs reductionism tension or cloaking, intermixed with defunct theory of life issues, are like toned-down versions of similar physicochemical approach applied to the human-scale reaction comments, such as found at: Libb Thims: attack, Elective Affinities: enemies vs admirers, detractors, human thermodynamics: objectors, variations of opinions expressed in the ongoing Rossini debate, the 2009 Moriarty-Thims debate, the 1902 "what is entropy?" debate, the so-called Bridgman paradox raised at the 1946 "what is life: in terms of physics and chemistry?" debate at Harvard University, etc. The I like how you go "straight from the green stuff to differential equations", supposedly, expressed by a chemistry department audience member, at the University of British Columbia, is very hilarious, a ripe example of nearly child-like hydraism found prevalent in the higher departments of learning.


Morphogenetic physical chemistry
In the 1970s, Harrison—supposedly after chairing the doctoral examination (1973) of American-born Canadian physical chemist and marine zoologist Thurston Lacalli—turned his research focus to the physical chemistry of morphogenesis (see also: morphology). [6] In the early 1980s, at the age of about 53, Harrison, within the space of a few weeks, lost both his wife and his only son, after which his time was increasingly spent on his scientific activities, continuing his research into retirement. [7] Harrison’s faculty page, at the time of his death (reaction end), listed his sole research interest as “experimental and theoretical work on pattern formation in the morphogenesis of living organisms.”

“Morphogenesis would be best explained as a process in which the organism’s shape emerges as it achieves minimum free energy (thermodynamic equilibrium) through the disposition of intercellular forces.”

Harrison’s posthumously-published The Shaping of Life, mentions “free energy” on at least nine pages, but oddly doesn’t mention “Goethe” the inventor of “affinity” based morphology/morphogenesis, which is the forerunner to Harrison’s theory via the 1882 Goethe-Helmholtz equation.

In 1981, Harrison, in his “Physical Chemistry of Biological Morphogenesis”, defined morphogenesis as “the creation of a complicated out of a simpler one by chemical processes”, and went on to expand on the earlier work of Alan Turing (1952) and Albert Lehninger (1975). [2]

In 1982, in his symposium contribution “An Overview of Kinetic Theory in Developmental Modeling”, Harrison stated the following:

“This picture of cell-as-molecule is a very good start, which needs a lot more attention from physical chemists to establish its scope and limitations. For example, a cell is never, in respect from what is going on inside, at equilibrium so long as it is alive. Sorting-out or engulfment occurs much too rapidly to be attributable to Brownian motion of such large things as cells. Nevertheless, the active movement of cells may in some instances be random, and the use of equilibrium concepts for their behavior in assemblies will then be valid, with appropriate careful redefinitions of the equivalents to some thermodynamic properties of molecular assemblies.”

In the same article, on chemical kinetics, he states:

“It is possible for a structure, essentially heterogeneous, to arise and be maintained by chemical reactions and transport processes, when the equilibrium state would be homogeneous. Kinetics alone then determine the gross morphology of the system. I would like to call such things ‘kinetically maintained structures’. Some thermodynamicists refer to them as ‘dissipative structures’.”

The Shaping of Life
The following is a summary section from the foreword to Harrison’s last and final book The Shaping of Life—completed in 2008, published posthumously in 2011, written by his graduate student, Canadian physical chemist and marine zoologist Thurston Lacalli: [7]

“Consider, for example, the production of the human hand with five digits from its flattened, paddle-like beginnings: this is generally accepted as a form of differentiation, and the end product does look more ordered, or at least anatomically more complicated, than the beginning. But the cells involved, of cartilage, connective tissue and skin, are still doing pretty much the same jobs, only the locations have changed. So how much ordering has actually occurred, and if this is truly differentiation, is it a trivial amount in quantitative terms, or something worth accounting for in relation to the cost paid in disorder by the rest of the universe? Thermodynamics is the way to deal with such questions, but we as yet have only the most rudimentary beginnings of a thermodynamics applicable to the complexities of living systems.

Lacking this, Lionel’s approach, best exemplified in his Acetabularia experiments [Chapter 3], was necessarily empirical, and as such, entirely characteristic for a physical chemist: measure patterns and pattern change directly, vary the conditions over which you have control, and analyze the outcome. Here he came closest to putting meaningful numbers on an otherwise mysterious process, deducing such exotic thermodynamic beasties as ΔH and ΔS from measurements requiring only a dissecting microscope, thermometer and micrometer measuring scale. A complete thermodynamics of living systems is clearly some distance in the future, but of various routes to that future, this is certainly one.”

See also: Lacalli's 2012 note "Some Thoughts on Lionel Harrison: His Motivation for a Career Change" (attached), in regards to Harrison's circa 1973 switch into the field of "biological physical chemistry."

Quotes | Other
The following is a posthumous summaries and related quotes:

“Harrison’s proximate goal was to discover how patterns of living things are formed or, to use the title form and earlier draft of this book, ‘how life devises its shapes and sizes’. Cautious academics will avoid such fields until the ground rules are better worked out, and until it is clear that a predictable and, hence, grant-worthy rate of progress can be sustained. Coming from the relatively mature discipline of surface chemistry, Harrison, by contrast, was immensely excited by the prospect of doing research on aspects of biology still at the very early stage of their development. It was, to him, like doing ‘celestial mechanics before Newton’.”

“Here [Harrison] came closest to putting meaningful numbers on an otherwise mysterious process, deducing such exotic thermodynamic beasties as ΔH and ΔS from measurements requiring only a dissecting microscope, thermometer and measuring scale.”

“Of course the first thing to do was to make a grand survey of the country she was going to travel through.”

— Lewis Carroll (1871), Through the Looking Glass, quote Harrison intended to use as epigraph to preface of sequel to Kinetic Theory of Living Pattern (1993) [7]