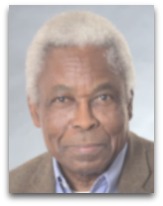 In existographies, Lloyd Demetrius (c.1937-) is a Jamaican mathematical chnoposologist (biologist), noted for []

Quotes | By
The following are quotes by Demetrius:

“One of the tenets of the evolutionary formalism is the following analytical fact: the growth rate parameter in models of certain classes of dynamical systems in biology satisfies a variational principle which is formally analogous to the minimization of the free energy in statistical thermodynamics. This principle implies a precise correspondence between certain concepts in thermodynamic theory, and certain macroscopic variables that characterize the behavior of dynamical systems in biology. The evolutionary formalism has led to the discovery of the concept ‘evolutionary entropy’, an analogue of the Gibbs-Boltzmann entropy, as a descriptor of the structure and behavior of certain classes of biological systems at the molecular, cellular and population levels. The variational principle entails that the methods of equilibrium statistical mechanics, which revolve around thermodynamic concepts such as free energy and temperature, can be exploited to study the non-equilibrium behavior of biological systems, which are described by processes defined by parameters such as growth rate and cycle time.”