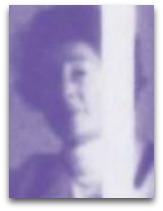 In hmolscience, Louise B. Young (1919-2010) was an American physicist and geologist noted, in human thermodynamics, for 1986 creative forces anti heat death theory of the universe.

Overview
In 1986, Young, in her The Unfinished Universe, attempts to give meaning, purpose, and morality to human existence, in the context of a continuously changing universe, inexorably advancing in time, situated in the cosmological theory of the ultimate extinction of the world by universal entropy, mixed with insights from biology, physics, cosmology, and astronomy. [1]

Her thesis is that contrary to the long-held beliefs of many scientists that the universe is running down towards heat death and will eventually collapse upon itself, the tendency toward increasing entropy is merely one aspect of a single process that is creating more complex, highly organized, and more efficient forms of matter all the time, and at every level—from the microscopic to the stellar, supposedly giving a “stirring vision of order, form, change, and the creative forces in the universe.” In her book, Young advocates the Gaia hypothesis of James Lovelock.

Religion
Young's theory seems to have tinge of subtle religious undertones to it, as is evidenced by the fact that her work has been influential to those as Paul Davies and David Alkek. To cite one example, she states: “I postulate that we are witnessing—and indeed participating in—a creative act that is taking place throughout time.” In other words, "creative acts" are typically the work of a “creator”, aka god. The mention of creative, typically is used or discussed in manner so to be scientifically politically correct, so to speak. Though, to note, she does seem to discuss religion in a general sense, e.g. discussing olden mythologies explanations.

Education
Young entered Vassar College in 1936, completing a BS in physics, in circa 1940 after which she worked at the MIT radiation laboratory developing radar technology. In the 1960s, she wrote a number of books that explained the basics of physics, astronomy, geology, and environmental science to lay audiences. In 1979, she completed an MS in geology at the University of Chicago. Her and her late husband Hobart P. Young established a professorship in environmental science at the University of Chicago. [2]