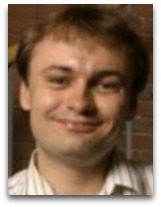 In hmolscience, Lubos Motl (1973-) is a Czech-American theoretical physicist (string theory) and black hole thermodynamicist noted for his outspoken objectionable views on the view of people as human molecule and the related governing subjects of human chemistry and human thermodynamics, made in 2010 commentary on a number concepts promulgated via Human Chemistry 101 videos, e.g. that human enthalpy has something to do with the heat of physical attractiveness,on American electrochemical engineer Libb Thims’ YouTube channel.

What is curious, however, in Motl’s objections, is that he has published previous work on black hole thermodynamics, statements of which contradict his statements in regards to humans, as though thermodynamics is applicable to black holes, but not to humans.

He is thus the example of the paradoxical philosopher, i.e. one who used contradictory phrases and statements in argument. To exemplify, when confronted with the derisive view that the laws of thermodynamics govern human relationships and human activity, Lubos commented in hasty objection to the work of American electrochemical engineer Libb Thims, that: [3]

“It is blatant absurdity to model laws governing human relationships using rules of thermodynamics, a set of rules that only apply at the molecular level and human beings are NOT molecules.”

This statement (his capital use), however, contradicts Motl's previously stated 2003 views on how thermodynamics applies to black holes: [4]

“Entropy defined statistically [S = k ln W] as the logarithm of the number of microstates always behaves in the same approximate thermodynamic way if the systems become large, and black holes are no exception.”

This paradoxical contradiction of views, i.e. stating in 2003 that black holes are not except from the second law as compared to his 2010 statement that humans are exempt from the second law, is sort of akin to the "double blind placebo effect", being that: (a) theorizing objectively on something external to oneself, e.g. the thermodynamic behavior of bacteria or black holes, tends to have no observer bias, for the most part (unless say the theorizer is being funded by an entity with ulterior interests in mind, which tends to skew results and conclusions), but (b) theorizing objectively on oneself may very well often tend to lead to skewed thinking, e.g. Motl switching his choice of words to "rules of thermodynamics" (in arguing against thermodynamic human modeling), from his standard "laws of thermodynamics" in his journal articles on black hole thermodynamics. In other words, for black holes Motl becomes objective and not subject to observer bias, but when he thinks about how thermodynamics applies to himself, he becomes mentally confused and contradicts himself, to conclude that no thermodynamics cannot be scaled up as systems become large (such as in human societies). In any event, Motl goes on conclude his opinion by stating that: “human beings are NOT molecules, they are composed of molecules”; that people “aren't giant molecules”; that human relationships are governed mostly by human psychology” (not thermodynamics); that one must be “senile or crazy to believe this nonsense”. [3]

Religion | Atheism
Motl classifies himself as a “Christian atheist”. [7]

Note
In 2007-2008, Lubos was promoting some type of grandiose “new theory of thermodynamics” having something to day with the arrow of time, and seems to (a) have come across as presenting “strange ideas regarding thermodynamics” and (b) developing a reputation as some type of aggressive, derisive, on the attack troll of sorts, as summarized by Swedish high energy nuclear physicist Sabine Hossenfeld. [5]

Education
In high school, Motl was reading Paul Dirac's Quantum Mechanics. [6] Motl completed his MS at Charles University, Prague, and his PhD at Rutgers University (2000), after which he became a Harvard Junior Fellow (2001–2004) and assistant professor (2004–2007) at Harvard University, where he taught courses on physics. It was during his years at Harvard that Motl started his blog, "Luboš Motl's Reference Frame", some of which is still hosted on Harvard's servers. In 2007, he left Harvard and returned to the Czech Republic.