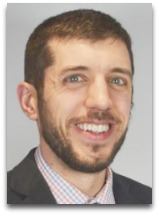 In existographies, Lucas Landherr (c.1983-) (CR:4) is an American chemical engineer and science cartoonist, noted for his 2016 cartoon on fugacity described in the context of Gibbs free energy, partial pressures, among other concepts.

Pseudonyms
Landherr has written comics under the pseudonyms: “Shepherd Dante” and “Dr. Shepherd”, among others.

Comics | Science
In 2008, Landherr, while a chemical engineering graduate student at Cornell University, began drawing cartoons as a “creative outlet” to distract him. [2] In this direction, he soon received a GK-12 NSF Fellowship, with which he designed curriculum and physics experiments for high school classrooms. He has since been conducting engineering education research into novel teaching techniques for undergraduateand K-12 STEM education.

Overall, Landheer’s focus, in the cartoon area, has been on the development of comics to teach complex science and engineering concepts, through collaboration with professional and student artists, and his comics havebeen adopted by colleges throughout the U.S. as well as in the U.K., Belgium, and Denmark. Dr. Landherr is currently a regular contributor to the Chemical Engineering Education journal, producing the Drawn to Engineering comic, and is the engineering consultant helping to develop the Crash Course Engineering series with PBS Digital. [1]

Fugacity
In 2015, Landherr received a grant from the Office of the Provost to create a series of science-based webcomics to help his students understand difficult chemical engineering concepts. One of them, which features Landherr in cartoon form, attempts to explain a concept called " fugacity". “Students like them,” says Landherr, noting that professors at more than two dozen other colleges nationwide have asked to use the comics as part of their lessons. [2]

In Sep 2019, Libb Thims, while working on the "social fugacity" ideas of Mirza Beg, discovered Landherr's fugacity cartoon, and thereafter added parts of it to some Hmolpedia articles: fugacity, Gibbs free energy, and Mirza Beg, to name a few.