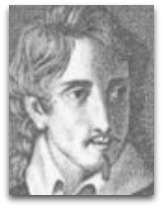 Overview
In 1616, Vanini, in his Dialogues on the Mysteries of Nature, the Queen and Goddess of Mortals, building on Pietro Pomponazzi and Gerolamo Cardano, outlined doubts on every aspect of Christianity, such as whether an immaterial god could make a material world, how an immaterial spirit could speak to material humans, that the only true worship is worship of nature, that humans and other animals originated via some type of putrefaction of matter process. He insists that there are no real nonmaterial beings, i.e. he denies ghosts and spirits, but believes the soul exists, albeit not independent of the human body. Vanini asserts that all religions are human inventions, fictions cooked up by kings and clergy for the sake of power. He denies miracles and the efficacy of prayer. [1]

In 1711, Peter Arpe, in his An Apology for Julius Caesar Vanini, summarized Vanini in eighteen points: [7]

1. It is said that Vanini knew not god. Which Gramond’s expression. Deum ignorabat.
2. That he brought to light again the book entitled Of the Three Impostors.
3. That he had advanced the words of the atheists.
4. That he answered them very lightly.
5. That he held in execration the humanity of Christ.
6. That he accused the Virgin Mary of having lost her virginity.
7. That he esteemed nature the only god (see: god = nature).
8. That he blamed those schoolmen who reasoned about angels.
9. That he required a physical account of the nature of devils.
10. That he denied the immorality of the soul.
11. That he was an astrologer.
12. That he contested the future destruction of the world by fire.
13. That he maintained fatality.
14. That he fancied letters in the heaven.
15. That he refuted neither Cardano nor Haly.
16. That he laughed at scared things.
17. That he was rejected by the friars and turned out of their monastery.
18. That lastly, he was condemned to die.

Origin of man
In 1616, Vanini, in his Dialogues on the Mysteries of Nature, in discussion with his follower Alexander, said the following on the origin of man: [6]

“Men sprang forth like mushrooms, say they. Diodorus Siculus imagines the first man was brought forth out of the slime of the earth, but if so, observes Alexander, how does it happen, that in five hundred thousand years, since which, the world has formed itself, there has been none brought forth in that manner? Nevertheless, he is not the only who has taken that story for truth, and is assured, that by the concurrence of the stars it is very practicable—and this is the opinion of Cardano: he pretends, that as the smaller animals, mice and fishes, are produced by putrefaction, it is very probable, that the greater animals, and even all in general, are derived from them also. A handsome method of reasoning, replies Alexander, a mouse may be brought forth out of putrefaction, therefore a man may also! Are there not now sufficient heaps of filth and slime? Why then is there not sometimes a horse, sometimes an ox produced from it? That’s right, says Vanini, but Diodorus Siculus relates, that in a certain part of the Nile, where it overflows, leaving behind it as it were a bed of mud, which as soon as it is heated by the sun, there are produced from it, animals of a monstrous size. That’s well, says Alexander, but as for me, I could never subscribe to such a lie.”

Vanini then interjects into what then was deemed his most inflaming assertion:

“Others have dreamed that the first man has taken his origin from mud, putrefied by the corruption of certain monkeys, swine, and frogs; and thence, they say, proceeds the great resemblance there is between our flesh and propensions, and those of those creatures. Other atheists milder have thought that non but the Ethiopians are produced from a race of monkeys, because the same degree of heat is found in both. Truly, replies Alexander, I wonder that those people can dispute the excellency of man above other creatures, when they behold the uprightness of his structure. Well, answers Vanini, atheists cry out to us continually, that the first men went upon all four as other beasts, and it is by education only, they have changed this custom, which, nevertheless in their old age returns again. I should be glad to see this experiment, says Alexander, if a child just born, and brought up in a forest, should walk upon all four. But let us abandon those deliriums to atheists, and hold to the rules prescribed by our faith.”

David Durand (1730), the English translator of this, comments: “is it possible in so small a space to heap together such wretched nonsense!”

Atheism
Vanini was considered an atheist, albeit holding some type of god in nature (or god = nature) pantheism type view; his work, is said to be similar to the author of the Treatise of the Three Impostors (see: three impostors), said to have been Frederick II. Vanini held the view, like Frederick II, supposedly, that the creators of the three monotheistic religions, Moses, Jesus and Muhammad, were nothing but impostors.

Perfectionism
Vanini, supposedly, some type of “the greatest perfection is imperfection” model of perfectionism (Ѻ), supposedly, derived from Joseph Scaliger, and in turn Empedocles, according to which, if the world were perfect, it could not improve and so would lack "true perfection," which depends on progress. To Aristotle, "perfect" meant "complete" ("nothing to add or subtract"). To Empedocles, according to Vanini, perfection depends on incompleteness ("perfectio propter imperfectionem"), since the latter possesses a potential for development and for complementing with new characteristics ("perfectio complementii"). This view relates to the baroque esthetic of Vanini and Marin Mersenne: the perfection of an art work consists in its forcing the recipient to be active—to complement the art work by an effort of mind and imagination. [4]

Reaction end
In 1619, Vanini, aged thirty-four, having been accused of atheism and blasphemy; the following is a 1769 English translation (Ѻ) of details of his trail:

“Vanini, under trial, being interrogated what he thought of the existence of god, answered, that he adored as the church did; a god in three persons. Having taken up a straw, ‘this straw’, he says, ‘is enough to prove that there is a creator.’ Upon which he pronounced a remarkable sensible discourse on vegetation, on motion, and on the necessity of a supreme being, without whom there could be no motion or vegetation.The president Grammont, who was then at Toulouse, relates this discourse in that history of France of his, which is in these days so perfectly forgotten: at the same time this Grammont, from an unconceivable prejudice, pretends, th at Vanini said all this out of vanity, or out of fear, rather than from any inward persuasion.

But on what can this rash and atrocious judgment of the president Grammont be founded? On the face of Vanini’s answer it is evident that he ought to have been acquitted of the accusation of atheism. But how came it that he was not? This unfortunate priest dabbled also in physics. There was found in his apartment a live toad, which he kept in a vessel full of water. They did not fail, on this, to accuse him of witchcraft; it was averred that this toad was the god he worshiped; they gave an impious sense to several passages of his books, than which nothing is more easy nor more common, by taking the objections for the answers, by a malignant construction of some ambiguous phrase, or by poisoning an innocent expression. In short the faction that was oppressing him, extorted from the judges a sentence that condemned this unfortunate man to death.”

Education
Vanini, in 1616, stylized himself as a "doctor of divinity, philosophy, and law".

Quotes | On
The following are quotes on Vanini:

“Vanini was a staunch disciple of Plato, Aristotle, Averroes, Cardanus [Cardano], an Pomonatius [Pomponazzi], whom he copies everywhere, on the creation, the origin of man, and other matters relating to natural philosophy.”

“Those same persons, who at the present day discover atheism to be such a strange system, admit there could have been atheists formerly [but not presently]. Is it, then, that nature has endued us with a less portion of reason than she did men of other times? Or should it be that the god of the present day would be less absurd than the gods of antiquity? Has the human species then acquired information, with respect to this concealed motive-power of nature? Is the god of modern mythology, rejected by Vanini, Hobbes, Spinoza, and some others, more to be credited than the gods of the pagan mythology, rejected by Epicurus, Strato, Theodorus, Diagoras, &c. &c.? Tertullian pretended that Christianity had dissipated that ignorance in which the pagans were immersed, respecting the divine essence, and that there was not an artisan among the Christians who did not see god, and who did not know him. Nevertheless, Tertullian himself admitted a corporeal god, and was therefore an atheist, according to the notions of modern theology.”

“The president Grammont relates, with a satisfaction truly worthy a cannibal, the particulars of the punishment of Vanini, who was burnt at Toulouse, although he had disavowed the opinions with which he was accused. This president even goes so far as to find wicked the cries and howlings which torment wrested from this unhappy victim of religious cruelty.”

“They found it easier to burn Vanini that to confute him.”

“There has been a considerable number of those whom history calls atheists. Leucippus, Democritus, Xenophanes, and others of the Atomistic and Eleatic Schools, are said to have been such. In his Intellectual System, Cudworth puts into this category Seneca and the younger Pliny among the Romans. Since the Reformation, such men as Rabelais, Machiavel, Bruno, Vanini, D'Alembert, Diderot, Buffon, Condorcet, Mirabeau, La Place, Frederic II, and even Pope Leo X, have been charged with atheism.”

Quotes | By
The following are quotes by Vanini:

“As to men, they should do as the [forest] rangers, or keepers do yearly in great forests; they go to examine, and to find out the withered trees, and to clear the forest, cut down what is useless, and superfluous or hurtful, keeping only the good trees, and the young branches of hope. In like manner, every year should be held a rigorous visitation of all the inhabitants, in the great and populous cities; and every thing useless, and what hinders the rest from living should be put to death. As for example those that follow no business beneficial to the public, decrepit old persons, all vagabonds, and idle people: nature should be lopped, the cities cleared, and every year at least a million should be killed; who are like wild brambles, or nettles, and hinder others from growing.”

“There is neither god nor devil, for was there a god, I would intreat him to consume the parliament with his thunder, as being altogether unjust and wicked; and was there a devil, I would also pray to him to swallow it up in some subterraneous place. But since there is neither the one nor the other, I cannot do it.”

— Lucilio Vanini (1619), “Last words”, response, in front of a thousand spectators, when told to call out for god for mercy [4]