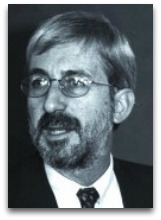 Overview
In 1982, Fernandez-Galiano, in his Fire and Memory: On Architecture and Energy, builded on the theories of Spanish ecologist Ramon Margalef, e.g. exosomatic energy, among others, to argue that the concept of energy, in the sense of its spatial-feel effects, etc., and entropy, have been absent from architectural theory; theorizing on concepts such as the internal energy and external energy of architecture, based on the laws of thermodynamics. [1] According to a back-cover review of Fire and Memory, by Richard Ingersoll of Design Book Review, Fernandez-Galiano professes the view that:

“Architecture as the most consistent consumer of energy is treated as both a symbol of humanity’s struggle with nature and the practical object of the daily processes of entropy.”

The down point of Fernandez-Galiano’s presentation, as is the case often in such cross-over fields, is the presentation of the history of physics and thermodynamics is sophomoric, depending on secondary, contentious, references, such as Jeremy Rifkin and Nicholas Georgescu-Roegen; giving only marginal references to the more rigorous ideas of those as Ilya Prigogine.

Life
Fernandez-Galiano’s view of life is that firstly it requires the degradation of energy. Secondly, as a thermodynamic structure that lies outside the world’s equilibrium, its continuity depends on a constant flow of entropy. Third, that life feeds not on energy but on negentropy. [2]

Education
Fernandez-Galiano professor of architecture at the University of Madrid.

References
1. (a) Fernández-Galiano, Luis and Carino, Gina (translator) (2000). Fire and Memory: On Architecture and Energy. MIT Press (written: 1982).
(b) Fernández-Galiano, Luis. (1991). El Fuego y la Memoria: Sobre Arquitectura y Energía. Alianza.
2. ibid (2000), ch. 1, note 2 (pg. 262).
(c) Preface [Quote]: “With the exception of the last chapter, which came a year later, I wrote this book during the summer of 1982. For the final Spanish publication in 1991 I added half a dozen notes, as well as the illustration captions, but the original text remains unaltered. The English edition has omitted one of the eight chapters of the Spanish version and one third of the images, hoping to make the book leaner and better balanced.”