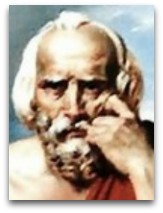 Quotes | On
The following are quotes on Lycurgus:

“Whenever we begin an enterprise or take possession of a charge, or experience a calamity, we place before our eyes the examples of the greatest men of our own or of bygone ages, and we ask ourselves how Plato, or Epaminondas, or Lycurgus, or Agesilaus, would have acted. Looking into these personages, as into a faithful mirror, we can remedy our defects in word or deed.”

“Lycurgus had weak and unhealthy children drowned and was proud of his wisdom. Look at Plutarch’s account of his life, and you will see at Sparta they knew neither modesty, nor robbery, nor adultery, etc.”

“Convinced of the necessary connexon of things, he will not be surprised to see that the supineness of their chiefs carries discouragement into their country; or that the influence of their governors stirs up bloody wars by which it is depopulated; causes useless expenditures that impoverish it; and that all these excesses united is the reason why so many nations contain only men wanting happiness, who are devoid of morals, destitute of virtue. In all this, he will contemplate nothing more than the necessary action and reaction of physics upon morals, of morals upon physics. In short, all who acknowledge fatality, will remain persuaded that a nation badly governed is a soil very abundant in poisonous, plants; that these have such a plentiful growth as to crowd each other and choke themselves. It is in a country cultivated by the hands of a Lycurgus, that he will witness the production of intrepid citizens, of noble-minded individuals, of disinterested men, who are strangers to irregular pleasures. In a country cultivated by a Tiberius, he will find nothing but villains, with depraved hearts, men with mean contemptible souls, despicable informers, and execrable traitors.”