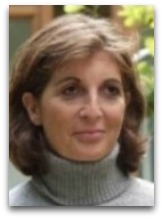 Overview
In 2003, Goehr penned a conference presentation in honor of Adorno’s birth at Johann Wolfgang Goethe Univeristy, Frankfurt, with the conceit of rewriting the famous chapter four of Geothe’s 1808 novella Elective Affinities in which Eduard and the Captain explain the scientific concept of “elective affinities” (Wahlverwandtschaft) to Charlotte.

In 2008, Goehr used her conference presentation as chapter one of her book Elective Affinities: Musical Essays on the History of Aesthetic Theory, themed in part on German polymath Johann Goethe's 1809 novella Elective Affinities. The following is an opening section excerpt: [1]

“Wahlverwandtschaft – the natural affinity with which different elements adhere to but also repel one another, as if each were choosing its own particular arrangement. Eduard speaks of chemistry and physics; the Captain, too, of how cohesiveness can be seen in liquids with their tendency to form into round shapes-falling drops of water or little balls of quicksilver or molten lead. At the same time, they all hear descriptions of human relations. Elements and persons: each compelled to spring into activity to form novel and unexpected constellations, a lively movement that disturbs each along the way and of which the ending can’t be predicted in advance.”

The difficulty in this statement by Goehr, as Goethe well knew, being a student of French chemist Jacob Spielmann, a protege of affinity table pioneer French chemist Eteinne Geoffroy, is that chemical reactions, movements, and constellations, can be predicted, as is done currently via free energy calculations, and that arguably this theme was incorporated into Goethe's novella.

The overall theme of the book is a juxtaposition and study of the social philosophies of music, art, history, and aesthetics of, primarily, philosophers German Theodor Adorno and American Arthur Danto. The cover of the book is Belgian surrealist artist René Magritte’s 1933 painting Elective Affinities, albeit meant to be themed on the naturalizing work of John Cage and his vision of the bird cage from which he sought to liberate the human mind.

The book, however, uses Goethe’s theory only marginally as a metaphorical theme, discussing it only in the first two pages of the first chapter entitled “Doppelbewegung (double movement)” referring to two sorts of movement brought into special affinity.

Education
Goehr is a professor of philosophy at Columbia University, where she teaches courses on the history of aesthetic theory, art philosophy, critical theory, and philosophy of history. [2]