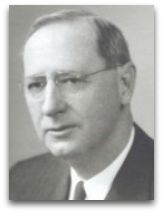 In thermodynamics, Lynde Phelps Wheeler (1874-1959) was an American physicist and electronics engineer noted for his 1951 biography on American engineer Willard Gibbs, Josiah Willard Gibbs: the History of a Great Mind, the first American PhD engineer and main founder of chemical thermodynamics. [1] Wheeler, prior to this, assumed the task of the first compilation of Gibbs’ 1863 PhD thesis “On the Form of the Teeth of Wheels in Spur Gearing”, along other accounts of Gibbs' mechanical invention, such as the Gibbs governor, and his gifts, e.g. Maxwell's thermodynamic surface (1875). [2]

Education
Wheeler entered Yale in 1891 completing his BS in 1894 and PhD in 1902 both at the Yale Sheffield Scientific School, the home of the Gibbsian school of thermodynamics. Wheeler remained at Yale as a professor of physics until 1926. [3] Wheeler was a noted member of the Institute of Electrical and Electronics Engineers (IEEE).