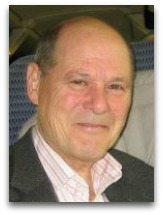 In hmolscience, Malte Michael Faber (1938-) is a German economist noted, in human thermodynamics, for his 1985 to 2005 work in applying thermodynamics to economics, mostly is seems in historical commentary.

Overview
In 1983, Faber penned a number of what he seems to refer to as "physico-economics" publications, which helped introduce entropy into economics and sociology. [1]

In 1985, Faber began to pen several papers with John Proops on thermodynamics in economics; their “Interdisciplinary Research Between Economists and Physical Scientists: Retrospect and Prospect”, e.g. seems to go into a historical overview of economic thermodynamics pioneers, such as: Leon Walras, Francis Edgeworth, Stanley Jevons, Paul Samuelson, Nicholas Georgescu-Roegen, among others. [2]