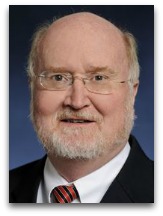 In hmolscience, Marc Donohue (1951-) is an American chemical engineer and thermodynamicist noted for his co-authorship, with American leadership psychologist Richard Kilburg, of the 2014 “Leadership and Organization Behavior: a Thermodynamic Inquiry”, wherein they outline a molecular thermodynamics based model of leadership and organizational behavior. [1]

Human bonding
The following is their abstract venture into human bonding theory:

“As we have pursued our examination of the parallels between the physical forces that enable the various states of matter to exist and the corresponding elements in human social systems, we have come to believe that emotions serve much the same bonding purposes for the development and maintenance of the various forms of human organization. The primary focus of this article is on human psycho social systems that most closely resemble crystalline solids, that is, structured hierarchical organizations such governments, military organizations, and for-profit businesses.”

Human analogy table | Gas | Liquid | Plasma
Donohue and Kilburg employ not only the standard human molecule, human gas (or gas particle), but also "human liquid" (first done by Lawrence Henderson, 1935) and "human plasma" analogy models. The following is their human analogy table—which, to note, is similar in some respects to the social-to-molecular tables of Irving Fisher (1892) and Vilfredo Pareto (1897), as is historically outlined in the human thermodynamics variables table:

“Although human behavior can be significantly more complex than molecular behavior and there has not yet been direct correspondence between the two demonstrated, we believe there are sufficient similarities that many of the lessons learned and facts discovered from the study of molecular physics and thermodynamics can provide new and useful insights into relationships among humans.”

They cite Hungarian sociologist Babics Laszlo’s 2003 “The Mechanics and Thermodynamics of Mass Societies” in support of this assertion. [7]

“What follows is an effort to draw an analogy between what is known about the physics, chemistry, bonding forces, and phase behavior of atoms and molecules in states of matter and the aspects of human relationships and emotional forces that operate to shape and maintain organizational structures. These concepts are presented as a set of ideas and suggestions that use natural language to help further the search for a mathematically formulated, scientific model of these behavioral phenomena. [4] Preliminary scientific validation for these concepts can be found in [5] as applied to molecular systems.”

The gist of which, seemingly, is the use of Monte Carlo simulations of three different hypothetical geometric configurations, and the hypothetical thermodynamics correlative, per citation of John Prausnitz’s 1996 Molecular Thermodynamics textbook—which, to note, is ironic, being that Prausnitz does not believe that thermodynamics is applicable to sociology. [6]