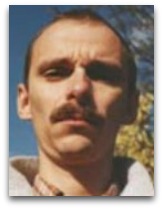 In human chemistry, Marcin Borkowski (1963-) is an Polish analytical chemist noted his 2010 commentary on human molecular theory and whether human chemistry should be taught in school.

Overview
In 2010, Borkowski, as a functioning administrator of ChemicalForums.com, stated, in response to the forum query by American electrochemical engineer Libb Thims of “should human chemistry be taught in school?”, that:

"[Human chemistry] sounds like crackpottery to me so far. Please elaborate. Assuming I understand what you mean - are you sure it is not abuse of the word "chemistry"? If you are interested in learning about human interactions they are covered by sociology and psychology."

Moreover, when presented with the textbook definition (Ecological Stoichiometry, 2002, Robert Sterner and James Elser) of a person as a molecule or technically a "human molecule" as follows:

Borkowski commented the following over-used objection to the definition of a person as a molecule:

"This is not even right. Humans are not molecules, they are complex objects composed of many molecules"

In messaging communication between Thims and ChemicalForums creator Mitch Garcia, Borkowski further commented that he was completed against allowing any discussion at all about human chemistry in ChemicalFormums.com and that, in regards to Thims posts:

"With each paragraph you get more Baez crackpot index points."

To note, “Baez crackpot index”, an online parody system for numerically ranking the crackpottery of a theorist, posted on line in 1992 by mathematician John Baez, was also used in a derogatory direction towards Thims by Irish physicist Philip Moriarty during the 2009 Moriarty-Thims debate (specifically in part two). [4]