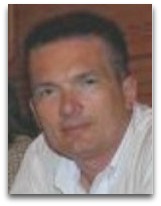 In hmolscience, Marek Roland-Mieszkowski (1954-) is a Polish-born Canadian physicist noted, in human thermodynamics, for his 1992 to 2008 efforts to explain evolution, diet, and religion thermodynamically.

“During the production of clothing, cars, and chemical compounds, etc., the entropy of the system is decreased because the components become organized. This is done, however, at the expense of the manufacturing system (including people) whose entropy [human entropy] will increase during this process [similar to how] a refrigerator [makes ice] at the expense of increased entropy of the environment.”

Entropy diet
As of 2008, Roland seems to be notable for applying his theories of thermodynamics and information theory to a new-age longevity diet, with the central message being to avoid meats and instead consume foods high in energy and information, and advice of better living and wellness; giving lectures on how to help people understand the nature of life, health, cancer, and disease through the window of physics and thermodynamics. [2] According to some views, he seems to be promoting a low entropy diet and entropy method which claims to extend life by 40% and to eliminate cancer and other degenerative diseases. [5]

In terms of theological influences, in a 2006 interview Roland commented that: “a very strong influence on my ideas has been a faith in God”. This may explain why he was driven to develop his thermodynamic-information type life-diet theory, so to make an attempt at explaining the Christian God thermodynamically; an explanation embodied in his concluding section of his article entitled “Creation and Maintenance of the System”, where he used entropy and energy to explain how living systems can be “created”.

Other
Of note, variations of Roland’s sun-photon-earth diagram, from his article, were used by in the 2005 book Into the Cool: Energy Flow, Thermodynamics, and Life, by Eric Schneider and Dorion Sagan, and the 2007 book Human Chemistry, by Libb Thims. [4]