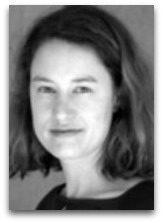 In hmolscience, Margherita Long (c.1967-) is an American comparative literature scholar noted for her 2009 book This Perversion Called Love, in which she devotes a chapter to the laws of thermodynamics in the theories of Austrian psychohologist Sigmund Freud as well as in the Japanese writings ‘Sato Haruo’ and The Secret History of the Lord Musashi, among other discussions. [1] The chapter seems to be a mixture of literature thermodynamics and psychological thermodynamics in discussing the writings of Japanese author Junichiro Tanizaki discussed in the context of the psychodynamics of Freud and the first and second laws of thermodynamics.

Education
Long completed BA in English at Amherst College in 1989 and her MA (1993) and PhD (1998) in East Asian studies at Princeton University. [2] In 2009, Long was an assistant professor of comparative literature at the University of California, Riverside.