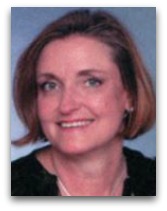 In hmolscience, Marguerite Callaway (1950-) is an American new age business consultant noted, in business thermodynamics, for her 2006 book The Energetics of Business, in which she speculates on what she calls “business energetics”, arguing that there is an energetic component to business operation and particularly to business startups.

Overview
Callaway's work is part motivation or self-help in style, mixed with new age ideas, intertwined with a few verbally simplified ideas from science. The following is an example quote:

“Businesses, like their owners, managers, employees and customers are living organisms and, therefore, follow the energetic and organic principles of living systems as well as common economic principles.”

To give an idea, the book culls from individuals such as Carl Jung, Mihály Csíkszentmihályi, Rupert Sheldrake, among others. The book does not, to clarify, use the term “energetics” in the Wilhelm Ostwald sense, but rather speculates, for the most part on the “workings of the energy field that envelops our physical body”, a subject Callaway spent a year studying in 2003. The impetus behind the writing of the book is captured by the following question, she found herself asking repetitively: “wouldn’t it be useful to explain the underlying energetics of collective human activity such as businesses in a way that would make it useful to business owners themselves?” The science of energetics, to note, is thermodynamics, a term which Callaway does not use.

Difficulties on theory
A downfall of the Callaway's work, similar to other new age authors, steeps theory on the premise that there exists a “living energy” of the universe, which is a synonymous term akin to the now defunct: vitalism, living force, elan vital theories of the nineteenth century.

Education
Callaway completed her undergraduate work at Northwestern University, her MS from Cornell University, and MBA from the University of Chicago.