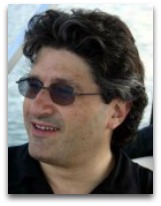 In hmolscience, Mark Blumberg (1961-) is an American biopsychologist note, in human thermodynamics, for his 2002 ideas about "thermal words" in respect to the heat of passion, and how temperature relates to sex, animals to humans.

Overview
In 2002, Blumberg, in his Body Heat: Temperature and Life on Earth, discussed how the laws of thermodynamics relate to sexual behavior and changes in body temperature, among other topics. To cite an example Blumberg’s theories on heat, sex and temperature, according to Amazon reviewer Tom Hardy in his take on Blumberg’s book:

“Temperature has plenty to do with sex. (Blumberg repeatedly demonstrates in this sphere and others that our language reflects a basic interest in matters of Fahrenheit. English is not the only language to refer to such things as 'the heat of passion' or 'I've got the hots for you'.) There is literal heating of different body parts during sexual stimulation. Not only during sex, but at all other times, different parts of the body take on different temperatures.”

Blumberg elaborates on this issue in his chapter on “The Heat of Passion”, which are what he calls "thermal words". [1]

In 2009, Russian physical chemist Georgi Gladyshev, in his “On the Thermodynamics of the Interaction of Living Systems”, cites Blumberg’s work in his postulation that the Gibbs free energy of human interactions may be quantifiable in a function of changes in body temperatures between male and female counterparts during interaction: [3]