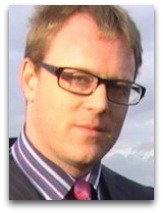 In existographies, Mark Andrew Janes (1973-) (DN:6-10) (CR:78) is an English biotechnologist noted, in human thermodynamics, for his 2006 carbon entromorphology theory, a human atom based scheme, which considers the human being to be a ‘type of gigantic carbon atom’, and uses aspects of thermodynamics, particle physics, and the atomic model logic to explain facets of humanity.

Overview
In 2006, Janes began working on his subatomic particle based theory of everything, with a significant funding, somehow, from his previous employer AstraZeneca Pharmaceuticals, of which he has spent several thousands of pounds (or dollars) on.

In 2008, Janes approached four senior scientists with his theory, particularly nuclear physics professor Jim Al Khalili at Surrey University, who told him it needed to be more mathematical after which he wrote his first paper entitled “Carbon Entromorphology” (2008) and sent it out to various journals, however receiving rejection, instead publishing, by suggestion, the paper as the website: Carbon-Entromorphology.com.

In 2008, Janes was presenting his theory in large gymnasium-sized displays around England. One of his posters, e.g., stated: "may the events of your day bring you closer to quantum stability through phototropism." The quote alludes to the idea that humans seek filled octet shell stability, in a way similar to how the carbon atom seeks four pairs of electrons to achieve noble gas configuration. All-in-all, Janes uses chemistry and physics to synthesize explanations on topics of human morality, purpose, homosexuality, and evolution, etc., in terms of changing energy levels, and using conceptions such as bio-enthalpy, bio-entropy, bio-gibbs free energy, among others, to connect biological logic to atomic logic in the form of a sort of biological-physics of life. [1]

Janes uses a ‘carbon atom’ model for a human, considering living organisms as ‘entromorphic atoms’. This is similar to the terms ‘point atom’ (Humphry Davy, 1813), ‘human atom’ (Erich Fromm, 1956), ‘human atomism’ (Arthur Iberall, 1987), ‘social atom’ (Mark Buchanan, 2007), or other human element models. Correctly, to note, the human chemical or human molecule model should be used, owing to the fact that a human is a molecule comprised of at least twenty-six functioning elements, not simply an aggregate of carbon.

In 2010, Janes was making poster-filled YouTube videos, along with his various audio lectures and word coinings, e.g. soulatrophicity and entromorphic theory, and costumes, e.g. “Mr Carbon Atom”, which have appeared on television. Janes, in this period, was using the term 'soulatrophic pathway' as a term to refer to the energy path that lead to the formation of the human, since the big bang.

In 2012, Janes, following feedback from Libb Thims, collected his ideas into the book Mr Carbon Atom, the abstract of which is:

“Since the dawn of human history life has battled for survival, with human beings evolving to dominate this process on planet earth. For to be human, is to know unequivocally that one day you will die and it is this truth which has precipitated a passion for knowledge and the pursuit of immortality initially through divine methods but more recently through scientific endeavor. Human knowledge is a fractured system of investigation born out of mathematics, literacy and imagery. These axioms are often so different that knowledge has remained divided and a cross fertilization of ideas is rendered almost impossible. Through the modern science of human thermodynamics, carbon entromorphology has emerged as a major contender for a unified model of the mind and the conscious observer. It relates all knowledge together producing powerful new systems of understanding taking human evolution into new and breathtaking areas. It is the science of the 21st century and will almost certainly stand up to challenge current thinking on life and the prospect for a more stable and peaceful future for all humanity.”

as being able to explain the thermodynamic nature of morality, i.e. good and evil in the universal context, as being a function of energy management in living systems, a topic which he considers as the third part of his theory. The following are Janes' large-sized posters presentation of how he views morality in terms of thermodynamics, as used in his video (below) "Morality and Thermodynamics".

Of interest here, Janes notes that good and evil operate owing to the fact that human are atomic structures are particles bound by gravity.

Free will
Janes uses the term ‘heliotropism’, intermixed with Gibbs free energy, as a synonym for free will, in the sense that we have the ability to choose whether we go down the pathway to lower forms of stability or up the pathway to more stable forms, which he further attempts to explain in enthalpic and entropic terms.

Religion
To note, Janes could be classified as a religious thermodynamicist, but after study of some of his theory it seems that he is more aligned with teachings of physics, but making some attempt to salvage certain teachings of religion, e.g. considering god to be an aspect of energy, evolution, and the four fundamental forces of physics, or modeling the soul in terms of quantum mechanical based orbital theory, hell to be the earlier stage of the formation of the earth of molten carbon and heaven to be some type of future robotic stable state of humanity, where carbon is more organized.

This type of viewpoint, of attempting to prove or disprove religious ideas, is common when first coming into contact with the conception of reducing the totality of human existence down to pure physics and chemistry, in that one will often bend scientific concepts into the preexisting Biblical framework, in loose structure. A good rule of thumb, however, which will save the beginning researcher years of toil, is to throw all preexisting conceptions of humanity out the window and start over from the ground up, building only from what we know is actually true and factual based on modern knowledge. Searching to find proof of olden-days, Egyptian-based, theories of soul, life, heaven, hell, etc., in the periodic table will, invariably, lead to a mishmash. Correctly, one should first acknowledge that the human is molecule, as mass composition tables show. Second one must show how science explains the movements of molecules. Third, one must acknowledge that humans are characterized as molecules attached to a surface, which are driven in their reactions from heat from the sun, whose collect movements must fit the measurements of the combined law of thermodynamics. On this modern basis, one must seek to find solution to one question at a time.

Education
In 1993, at age 20, Janes studied chemical engineering for one year at the University of Manchester Institute of Science and Technology, where he completed coursework in thermodynamics, fluid mechanics, heat transfer, and design and process engineering fundamentals. In the years to follow, Janes began work in pharmacology technology. In 2006, Janes completed a BS in biology and HNC (Higher National Certificate) in applied biological sciences, at Manchester Metropolitan University. His final year project at MMU was a project full of models of life using thermodynamic angles. [4]

Quote | By
The following are quotes by:

“Libb, I believe, was originally a chemical engineer, and that’s how I started off myself, having later on moved into biology. And so therefore we already have that kind of powerful association with our roots. It also means that in the future ‘human thermodynamics’, I believe, is on the precipice of being the biggest overall unified scientific concept ever.”