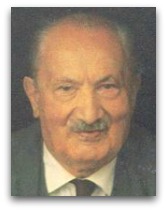 Time | Being
Heidegger is popularly-known for theory of being as time as the definition of existence; a statement of his views as follows:

The following is a more recent abstract attempt:

“The basic idea of Being and Time is extremely simple: being is time. That is, what it means for a human being to be is to exist temporally in the stretch between birth and death. Being is time and time is finite, it comes to an end with our death. Therefore, if we want to understand what it means to be an authentic human being, then it is essential that we constantly project our lives onto the horizon of our death, what Heidegger calls 'being-towards-death'.”

Atheism | Existence
Heidegger is classified, by Jean-Paul Sartre (1945), as an “atheistic existentialist” philosopher; the following is an example quote

“Philosophy will not be able to bring about a direct change of the present state of the world. This is true not only of philosophy but of all merely human meditations and endeavors. Only a god can still save us. I think the only possibility of salvation left to us is to prepare readiness, through thinking and poetry, for the appearance of the god or for the absence of the god during the decline; so that we do not, simply put, die meaningless deaths, but that when we decline, we decline in the face of the absent god.”

This seems to be addressing the Nietzschean void (see: god void)

De Lange
In 2001, South African chemical physicist Adriaan de Lange stated that some of his “creative collapse” free energy theory are a complexity theory version of Heidegger and Jacques Derrida’s “deconstruction”; which he summarizes as follows: [2]

“When the system does not have sufficient free energy F to drive its entropy production and thus organisational changes, there are two options to obtain further free energy. One option is that it can be imported from an external source like animals eating food or plants absorbing sunlight. The other option is that it can be liberated from within by giving up some of its organisation through a process which I call the "creative collapse" (the complexity version of Heidegger's and Derrida's "deconstruction"). Taking animals or plants as example, they will then use their own tissues as source of free energy rather than eating food.”

“Thinkers are indeed decidedly called ‘thinkers’ because, as it is said, they think ‘out of’ themselves and in their very thinking put themselves at stake. The thinker answers questions he himself has raised. Thinkers to not proclaim ‘revelation’ from a god. They do not report the inspirations of a goddess. They state their own insights.”

“Thus not ‘dead nature’. A stone, for example, is not dead.”