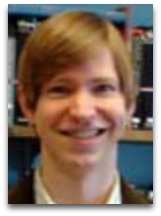 In hmolscience, Matthew A. Taylor (c.1979-) is an American literature scholar noted for []

Overview
In 2008, Taylor, in his PhD dissertation Universes Without Selves: Cosmologies of the Non-Human in American Literature, examined what he calls the “heterodox American cosmologies”, of significance that of American historian Henry Adams and his famous The Education of Henry Adams, with its end 1904 chapter on his physics-based “dynamic theory of history”. Taylor's synopsis of the first chapters of his dissertation is as follows: [1]

“Chapter one attributes Poe's apocalyptic collapses of panpsychic matter (from the early tales to the late Eureka) to a cosmology that borrowed from euphoric contemporary theories of the universe while defying their idealism. Chapter two argues for a similarly fraught dynamic between an author and the cosmological norms of his age: in key ways, all of Adams's texts revoke the optimism of teleological historiography by submitting humanity to the degrading laws of physics rather than the promised perfectibility of popular Darwinism; Adams's record of his own entropic degradation in The Education is thus best understood through reference to what he termed his ‘scientific histories’.”

In like manner, Taylor frames his dissertation thematically with the following opening quote by American ecologist Neil Evernden: [2]

“Where do you draw the line between one creature and another? Where does one organism stop and another begin? Is there even a boundary between you and the non-living world, or will the atoms of this page be a part of your body tomorrow? How, in short, can you make any sense out of the conception of a man as a discrete entity? How can the proper study form man be man if it is impossible for man to exist out of context. For the ecologist, then, the desire of some in the humanities to deal only with the fragment of reality they term ‘human’ is nonsense.”

Here we see allusions to what would eventually become the science of ecological stoichiometry, the first science to calculate the human molecular formula (2000), prior to that of human chemistry (2002), the puzzling notion of the turnover rate, and the religiously-loaded notion (see: comparative religion and mythology) of the so-called "living matter | dead matter" divide (see: unbridgeable gap), which has recently been solved in the defunct theory of life, among other prominent issues.

Other
Taylor's other interests include: the interdisciplinary intersections of critical theory, including science and technology studies, philosophy of science, posthumanism, ecocriticism, and race theory (see: racial thermodynamics)

Education
Taylor completed his BA at Trinity College in 2001, and his MA (2005) and PhD (2008) at Johns Hopkins University. Taylor currently is a professor of English and comparative literature at University of North Carolina at Chapel Hill.