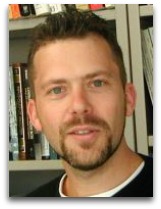 In hmolscience, Matthias Ruth (1964-) is an American natural economist noted, in economic thermodynamics, for his 1992 to present attempt to integrate economics, ecology, and thermodynamics.

Overview
In 1993, Ruth, in his Integrating Economics, Ecology, and Thermodynamics, a finalized version of his 1992 PhD dissertation, argued that economies are open systems, embedded in ecosystems, with which they exchange matter and energy, being thereby constrained by the laws of physics. The following is a representative excerpt: [1]

“[Although] there is an ongoing debate among economists and natural scientists on the relevance of the laws of thermodynamics for the performance of economic systems, [invariably] physical laws govern production and consumption processes in a fundamental way. A world constrained by the laws of thermodynamics ultimately alters its structure through transformation of matter and dissipation of energy.”

Ruth’s most popular books are the 1994 Dynamic Modeling and the 1997 Modeling Dynamic Biological Systems, both co-authored with American mechanical engineer turned geography professor Bruce M. Hannon; although, ironically, both books avoid thermodynamics completely, which of course is the science that determines the dynamics or driving force of any system.

Education
Ruth completed an MA in economics from the Ruprecht-Karls-Universität Heidelberg, Federal Republic of Germany in 1989 and PhD in 1992 on a synthesis of economics, ecology, and thermodynamics at the geography department of the University of Illinois, Urbana. [2] Ruth for a time was professor of economics at the University of Maryland. Ruth currently is a professor at the School of Public Policy & Urban Affairs and Department of Civil and Environmental Engineering, Northeastern University. (Ѻ)

Difficulties on theory
A down-side of Ruth's theory is that in his thermodynamics chapters he utilizes American electrical engineer Claude Shannon's 1948 information theory, which has nothing to do with thermodynamics, ecology, or economics.

Further reading
● Cleveland, C.J. and M. Ruth. (1997). “When, Where and By How Much Does Thermodynamics Constrain Economic Processes? A Survey of Nicholas Georgescu-Roegen’s Contribution to Ecological Economics”, Ecological Economics, Vol. 22, pp. 203 - 223.
● Ruth, Matthias. (2002). “Evolutionary Economics at the Crossroads of Biology and Physics” (abstract), Journal of Social and Evolutionary Systems, 19(2): 125-44.
● Ruth, M. (2005). “Insights from Thermodynamics for the Analysis of Economic Processes”, in: A. Kleidon and R.D. Lorenz (eds.) Non-Equilibrium Thermodynamics and the Production of Entropy, Springer-Verlag, Heidelberg, pp. 243 – 254.