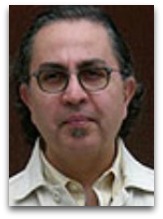 Overview
In 2004, Lotfalian, in his chapter section “Thermodynamics as a Model”, of his Islam, Technoscientific Identities, and the Culture of Curiosity, critiqued the use of thermodynamics to explain and model culture and humanity by those as Iranian engineer Mehdi Bazargan, in larger part, and his 1956 Thermodynamics of Humanity, French philosopher Michel Serres, American writer Thomas Pynchon and his work in literature, Sigmund Freud’s unconsciousness models (which Serres suggests were based on classical thermodynamics), German political sociologist Max Weber, among others. Lotfalian grapples with questions such as “how would thermodynamics affect the debunking of faith and knowledge?” or “how does Bazargan use thermodynamics to theorize about the role of morality in everyday life?” [1] Lotfalian, it seems, had begun discussing thermodynamic ideas of politics and culture as early as 2001. [2]

Education
Lotfalian completed his PhD in anthropology in 1999 at Rice University. This was followed by post-graduate work at the Center for Middle Eastern Studies at Harvard University and studies as a visiting scholar at the Program in Science, Technology, and Society at MIT. In 2004, he was a cultural anthropologist at the Center for Religion and Media at New York University. Currently, Lotfalian is an associated faculty member of the Samuel Jordan Center for Persian Studies and Culture, UC Irvine. [3]

References
1. Lotfalian, Mazyar. (2004). Islam, Technoscientific Identities, and the Culture of Curiosity (ch. 3: A Techno-Cosmopolitan in the Context of the Secular State: The Discourse of a Muslim Engineer/Politician, pgs. 31-53; section: The Theory of Thermodynamics as a Model, pg. 46-50, etc; W=U-TS, pg. 50). University Press of America.
2. Lotfalian, Mazyar. (2004). “Knowledge Systems and Islamic Discourses: A Genealogy of Keywords on the Development of Science and Technology in Transcultural Context” (abstract), Cultural Dynamics, 13(2): 231-43.
3. Mazyar Lotfalian (faculty) – Samuel Jordan Center for Persian Studies and Culture, UC Irvine.