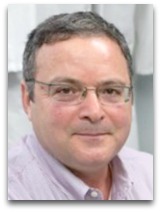 In existographies, Mehrdad Massoudi (c.1955-) is an American biomedical engineer, noted for []

Overview
In 2016, Massoudi, in his “A Possible Ethical Imperative Based on Entropy Law”, in an attempt to build on Bruce Lindsay’s thermodynamic imperative (1959), presented a 20-page, 100-reference discussion, with 39 appended remarks, about how scientists might be able to science to build a morality system, citing on the positive end Wilhelm Ostwald, Howard Seifert, Benjamin Gal-Or, but on the detractive end: Arieh Ben-Naim, Nicholas Georgescu-Roegen, Ilya Prigogine.
-
While commendable, for effort, as few in modern times even venture in this direction, Massoudi seems to be unaware that Goethe over two centuries ago stated frankly that the "moral symbols" of nature and society are found in the affinity reaction symbols of Torbern Bergman, which equates to the Gibbs energy reaction quantifications of modern physical chemistry or physico-chemical sociology (see: physico-chemical social dynamics and physico-chemical morality), which goes far beyond than "sleeping more" to reduce entropy.
Hinduism | Buddhism
Massoudi, at the end of his paper, attempts to make connections to Hinduism and Buddhism, e.g. “deep sleep produces little entropy” which equates to the Hindu state of “Advaita Vedanta” (Ѻ), a state of bliss in which one’s soul is the same as Brahma (Remark B37), or how “right” action, occupation, or speech are described in the eightfold bath of Buddha. Possibly, Massoudi might be making these passing remarks from a secular point of view? Whatever the case, these types of conjectures are myth-based ethics, Hinduism and Buddhism, themselves, derived from Egyptian mythology (see: god character rescripts).

Education
In 1986, Massoudi completed his PhD with a dissertation on “Application of Mixture Theory to Fluidized Beds” at the University of Pittsburg. [1] In 2016, Massoudi was an adjunct professor with the departments of biomedical engineering and mechanical engineering at Carnegie Mellon University.

Quotes | Employed
The following are quotes employed by Massoudi:

“It is the privilege of man’s moral genius, impersonated by inspired individuals, to advance ethical axioms which are so comprehensive and so well founded that men will accept them as grounded in the vast mass of their individual emotional experience. Ethical axioms are found and tested not very differently from the axioms of science. Truth is what stands the test of experience.”

“A living organism is a chemical system in unstable equilibrium maintained by some strange ‘power of life,’ which manifests itself as a sort of negative catalyst. So long as life goes on, the organism maintains its unstable structure and escapes disintegration”