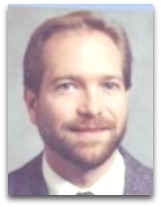 In existographies, Michael Paulkovich (1955-) (RMS:152) is an American atheism and free thinker themed writer and systems engineer, noted for his 2013 No Meek Messiah: Christianity’s Lies, Laws and Legacy, wherein, building on the work of John Remsburg (1909), he revitalized discussion on the silent historians problem, by getting the list of silent Jesus historians up to the 120+ historian count, and presents cogent sections such as the "Egyptian Origins of Judeo-Christian Beliefs", wherein he explains how various spells from the Egyptian Book of the Dead, became centerpieces of the Old Testament and New Testament of the Bible.

In c.2005, Paulkovich retired from his position as a systems engineer for NASA; he also had been an inventor of some kind. (Ѻ)

In 2012, Paulkovich published articles on the "silent historians problem", i.e. people who should have recorded the stories of Christ but did not, in the Free Inquiry, American Rationalist, and American Atheist magazines.

In 2013, Paulkovich, amassed his previously published articles as a basis to produce the book No Meek Messiah: Christianity’s Lies, Laws and Legacy (Ѻ), wherein, building on John Remsburg's 1909 list of 41 silent historians, listed 126 writers, some of which are listed below, who should have, owing to his supposed fame, but did NOT write about Jesus: [1]

In 2015, Paulkovich published a second edition of his No Meek Messiah, retitled as Beyond the Crusades: Christianity's Lies, Laws, and Legacy, with a foreword by Robert Price. (Ѻ)

Quotes | On
The following are quotes on Paulkovich:

“Paulkovich’s No Meek Messiah is one of the most bracing and hard-hitting books of its kind in recent years. Its dissection of Christianity is relentless and exhaustive: from historical, philosophical, social, cultural, and psychological perspectives, it lays bare the fallacies, deceptions, and imbecilities of Christian belief.”

Quotes | By
The following are quotes by Paulkovich:

“Over 1,500-years before Christian times, an ‘Egyptian Bible’ was carved in stone and thousands of copies were hidden in scrolls, deep within mausoleums and pyramids. Judeo-Christian belief systems and Bible stories were clearly borrowed from Egyptians, whence came also, by no coincidence, the Hebrew alphabet. The exercise in proof that follows can be repeated by anybody able to read a valid translation of the Egyptian glyphs into his or her native tongue. Borrow from your library a translation of the Egyptian Book of the Dead. I primarily cite interpretations by Peter Renouf (Ѻ)(Ѻ) (1904), Raymond Faulkner (Ѻ) (1972), and Wallis Budge (1895). A direct and pellucid connection is evident: the tales and liturgies of the Tanakh—as well as those of the New Testament, were plagiarisms of mystical and supernatural conjecture, much borrowed from Egyptian belief.

Fifteen centuries before Jesus, the Egyptians worshiped a saintly savior named Horus. The Egyptian missals present proofs of the origins of the Judeo-Christian mythologies, res ipsa loquitur [the thing speaks for itself]. The Book of the Dead consists of ‘spells’. Consider these divine convictions: Born of mother Isis, Horus is the avenger of god, who is his father (Spells 17 and 92). "All that liveth" are subject to Horus (Spell 78). Horus delivered himself from evil (Spell 42), and Spell 92 promises to guide you to heaven. In Spells 52 and 53 we learn a miracle of "seven loaves" supplied by the son of god. Horus was born of mother Isis (who transformed into Neith or Nephthys, Spell 17)—a virgin, like so many mothers of sun-gods: Attis, Buddha, Dionysus, Krishna, Perseus, Prometheus, Mithras, Hercules, and of course, Jesus. In Spell 112 we discover an anti-pork diet. As in the later Hebrew religion, pork was forbidden among ancient Egyptians. Horus is the Prince of Eternity, Lord of mankind (Spell 42). Spell 97 tells of Horus purifying his soul with mikvah or baptism. Horus preaches a communion (Spell 19), and the blood of his mother is magical and holy (Spell 156).

Digging deeper into the Egyptian sands and spiritual beliefs, we find other suspicious connections. The Christian Bible claims Jesus cured the blind (Mark 8:23) and the deaf (Mark 7:32-3). How did Jesus cure them? Jesus spat in their eyes (Mark 8:23), and stuck his fingers in their ears, licking and spitting on his medical patients. Many centuries before Jesus, Egyptian god Thoth cured Horus' torn-out eye by spitting on it (Spell 17). From the Pyramid Texts we learn that Horus loves "those who love him." Centuries later Jesus expresses the same sentiment and "he that loveth me shall be loved of my Father, and I will love him" (John 14:21).”

“Perhaps none of these [‘silent’] writers is more fascinating than Apollonius of Tyana [c.15-100AD] (Ѻ), saintly first-century adventurer and noble paladin. Apollonius was a magic-man of divine birth who cured the sick and blind, cleansed entire cities of plague, foretold the future, and fed the masses. He was worshiped as a god and as a son of a god. Despite such nonsense claims, Apollonius was a real man recorded by reliable sources.”

“When I consider those 126 writers, all of whom should have heard of Jesus but did not - and Paul and Marcion and Athenagoras and Matthew with a tetralogy of opposing Christs, the silence from Qumram and Nazareth and Bethlehem, conflicting Bible stories, and so many other mysteries and omissions - I must conclude that Christ is a mythical character.”