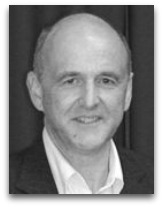 In hmolscience, Michael Foley (c.1945-) is an English political scholar noted for his 1990 Laws, Men and Machines: Modern American Government and the Appeal of Newtonian Mechanics, wherein he discusses the history the "Newtonian government", namely the notion that American government and the US Constitution reflects or embodies some kind of Newtonian machine or mechanics, especially in the notions of balance and separation of powers.

Overview
In 1990, Foley published his Laws, Men and Machines: Modern American Government and the Appeal of Newtonian Mechanics; the following is a representative view: [1]

“The nature and distribution of political power in the American system might actually be reducible to a configuration of observable objects moving solely in accordance with Newton’s laws of motion and force, with the power of each object physically determinable though changes in the positions and velocities of the other constituent objects in the system. And the recent rise and decline of Presidential power may be explained as another example of the temporary and local reversal of entropy produced by living matter before the order and structure of its sustained energy level inevitably slides back into the universe’s overriding thermodynamic trend of dissipated energy and increasing disorder.”

Foley’s book seems to be well-referenced, referring to society, via quote citation, e.g. as a “cluster of human atoms”, referring to concepts such as "Newtonian sociology" (see: social Newton).

Education
Foley completed his BA at the University of Keele, and his MA and PhD, the latter with a thesis on the transformation of the US Senate, in political science, both at the University of Essex. In 1975, Foley joined the Aberystwyth University as a professor of international politics, and currently is head of that department. [2]

“[Laws, Men and Machines] had a long period of gestation during which I was repeatedly led to ruminate upon the extraordinary wealth of mechanical references in American politics.”