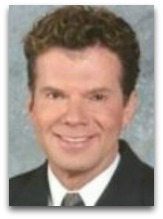 In hmolscience, Michael Guillen (c.1950-) is an American physicist noted for his 1995 book Five Equations that Changed the World, in the second chapter which he discusses the second law and gives a fairly detailed and rare biographical history of the early years, upbringing, and possible religious outlooks of German physicist Rudolf Clausius. [1]

Guillen had a very strong religious upbringing, is openly religious, listing the Bible as his “favorite book”. Guillen’s religious bias shows through clearly in his discussion of the second law in regards to life. In the preface to his Five Equations, he introduces the second law as such:

“Contrary to popular belief, being alive is unnatural; in fact, all life exists in defiance of, not in conformity with, the most fundamental law of the universe.”

which is code for the view that life is a miracle that God created and continues to create and evolve in defiance or opposition to the second law. This quote is used by American alternative medicine theorist Laurence Foss as a basis of argument to the premise that life is a spiritual miracle that arose through what he calls the second law of psychothermodynamics. [2]

Guillen's latest book, the 2004 Can a Smart Person Believe in God?, tells of his lifelong attempt to reconcile his scientific career with his deeply religious upbringing.

Education
Guillen completed his BS at UCLA, and PhD in physics, mathematics, and astronomy at Cornell University. He then taught physics at Harvard for eight years. Guillen currently is involve film production. [3]