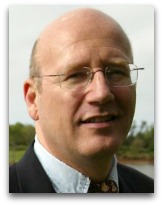 In science, Michael Lissack (c.1957-) is an American municipal bond manager turned complexity-emergence theorist noted for his 2012 spearheading involvement in the Juarrero-Deacon affair.

Relatedly, Lissack, in 1994 was awarded $30 million dollars for a Wall Street yield burning scandal, but also later pleaded guilty in 1996 to second-degree email harassment in another non-related whistle-blowing case.

Related to Juarrero plagiarism allegations, on 17 Oct 2012, American emergence-complexity theorist Michael Lissack, formerly sent in a complaint to Robert Price of the University of California, Berkeley, that Deacon plagiarized his meme as a ‘sign’ for an ‘environmental niche’ theory, from his 2003 article “The Redefinition of Memes: Ascribing Meaning to an Empty Cliché”, using it without appropriation for the content of his 2004 chapter ‘Memes as Signs in the Dynamic Logic of Semiosis: Beyond Molecular Science and Computation Theory.’ [3]

Education
Lissack completed his BA in 1979 at Williams College, his MBA at Yale School of Management in 1981, and his DBA at Henley Management College in 2000. [1] Until 1995, Lissack worked as an investment banker; after which he began to work in the overlap of complexity theory and management or what he calls “corporate anthropology.”

In circa 1999, Lissack founded the Institute for the Study of Coherence and Emergence, which hosts a journal entitled Emergence. [4]