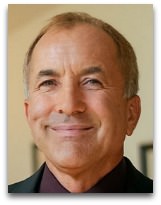 In 1972 to 1978, Shermer, while completing degrees in psychology, as he learned about cultural anthropology and behaviorism, began to become an agnostic-skeptic about religion.

In c.1979, Shermer became a unspoken traumatic atheist, when his college girlfriend Maureen broke her back in a car accident; Shermer reflected (2011) on this as follows: [1]

“When I saw her at the Long Beach Medical Center ER, the full implications of what this meant for her begin to dawn on me. There, in the ER, day after dreary day, night after sleepless night, I took a knee and bowed my head and asked God to heal Maureen's broken back. I prayed with deepest sincerity. I cried out to god to overlook my doubts in the name of Maureen. I willingly suspended all disbelief. At that time and in that place, I was once again a believer. I believed because I wanted to believe that if there was any justice in the universe — any at all — this sweet, loving, smart, responsible, devoted, caring spirit did not deserve to be in a shattered body. A just and loving god who had the power to heal, would surely heal Maureen. He didn't. He didn't, I now believe, not because "god works in mysterious ways" or "He has a special plan for Maureen" — the nauseatingly banal comforts believers sometimes offer in such trying and ultimately futile times — but because there is no god.”

In 2005, Shermer, getting past the atheism label avoidance phase, in his essay “Why I Am an Atheist” (Ѻ), came out as an atheist (see: open atheist) as follows:

“I am an atheist. There, I said it. Are you happy, all you atheists out there who have remonstrated with me for adopting the agnostic moniker? If “atheist” means someone who does not believe in God, then an atheist is what I am. But I detest all such labels. Call me what you like — humanist, secular humanist, agnostic, nonbeliever, nontheist, freethinker, heretic, or even bright. I prefer skeptic. Still, all such labels are just a form of cognitive economy, a shortcut into pigeonholing our fellow primates into tidy categories that supplant the deeper probing of what someone actually thinks and says.”

In 2013, Shermer was been ranked as one of the top eight new atheists:

“After Harris came high pope Dawkins, then cardinal Hitchens, the bishop Dennett, and then the lower and more moderate figures in this new atheist priesthood: Krauss, Stenger, Atkins, Shermer [and all the rest] e bella compagnia.”

Skeptics Magazine
In 1992, Shermer founded the Skeptics Society, which began as a hobby in his garage, but eventually grew into a full-time occupation. The Skeptics Society publishes the magazine Skeptic, and organizes the Caltech Lecture Series. As of 2008, it has over 55,000 members.

Other
In 2008, Shermer was featured in Ben Stein’s Expelled: No Intelligence Allowed.

Education
Shermer completed his BA in psychology in at Pepperdine University, his MA in psychology in 1978 from California State University, and his PhD in 1991 at Claremont Graduate University in 1991 with a dissertation on “Darwin’s Shadow: the Life and Science of Alfred Wallace – a Biographical Study on the Psychology of History”, and in 2011 became an adjunct professor at Chapman University, where he teaches a yearly critical thinking course called “Skepticism 101”.

Quotes | On
The following are quotes on Shermer:

Quotes | By
The following are quotes by Shermer:

“The principle barrier to a general acceptance of the monist position is that it is counterintuitive.”