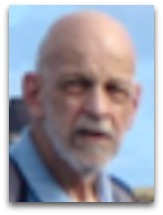 In hmolscience, Michael A. Simon (1936-) is an American biochemist, philosopher, and lawyer noted for his 1971 The Matter of Life, wherein he scaffolds on infamous Michael Polanyi (1968) anti-reductionism platform, i.e. life is irreducible to physics and chemistry, to argue that life is "over-and-above" the laws and operations of matter, chemistry, and physics.

Overview
In the late 1960s, following degrees in chemistry (1958), biochemistry (1960), and philosophy (1967), Simon began to ruminate on what it means “to be alive” and or what sort of science was the domain of this subject matter, if there was such a subject matter; the gist of which he explains as follows: [1]

“At the time I began this work, my interest was in trying to discover what, if anything, is distinctive about biological science, its concepts, and its mode of explaining. I wanted to know what it is for something to be an organism, to be alive, and what sort of science could provide an intellectually satisfying answer to that question. The path of exploration has taken me to consider the broader questions of the relations among the sciences in general, and of the relation between a science and that which it purports to elucidate. What has emerged, I believe, has bearing not only on the question of the nature of science, but also on the question of the relation of science to man. Biology differs from physical science because its objects are different. A man is different from a stone, and the fact that biology can deal with the former but not the latter tells us something both about man and about biology.”

In 1971, Simon, published The Matter of Life: Philosophical Problems of Biology, the product of this philosophical inquiry, wherein he ventured into the problem of the comparison of biology to chemistry and physics and the question of whether the former must be reducible to the latter two in order to be a science rather than just a “contrivance” as he says it is presently. Simon’s Matter of Life, is said (Ѻ) to be similar to Lawrence Henderson’s The Fitness of the Environment (1913), Erwin Schrodinger’s What is Life? (1944), and, according to Michael Ruse, to Thomas Goudge’s The Ascent of Life (1961). [2] The following is a statement of Simon’s philosophical stance:

“The controversy over reduction in biology, which can be seen as an up-to-date version of the traditional mechanism-vitalism dispute, is essentially over whether an organism is ‘nothing but’ an arrangement of chemical substances organized and interacting to the same principles as apply to inanimate matter, or whether it is in some sense an entity ‘over and above’ the aggregates of matter of which it is composed. A reductionist is one who maintains, and a antireductionist is one who denies, that physics and chemistry can ultimately explain all of biology.”

Simon, in short, is a self-defined over-and-abovist who, see below, claims atheist. Simon, to note footnote the previous quotes, to a see also list of the discussion of the question of biology’s reducibility to physical science, namely: Schaffner, Scriven, Nicolas Rashevsky, Shapere, Hull, Roll-Hansen, Michael Polanyi, and Causey.

In 2015, Simon stated, on the question of whether or not he could be best classified as an “anti-reductionist”, stated that he was not a vitalist nor a reductionist, but an “over-and-above-ist”, or something along these lines. [4]

Religion
In 1971, Simon, in his Matter of Life, stated the following rather agnostic sounding argument: [6]

In 2015, when queries about religious belief, as to whether he was closer to a theist or an atheist, he stated that he was closer to an atheist, or an “atheologist”, as he liked to refer to himself, mentioning how at one point he taught a philosophy course on this subject, commented how noted that the former term has a negative or tarnished connotation in public. [4]

Education
Simon completed his AB in 1958 in chemistry at Amherst College, his AM in 1960 in biochemistry and PhD in 1967 in philosophy, both at Harvard University, and JD in 1979 in law at Cardozo School of Law, and in 1971 he was on the philosophy department at the University of Connecticut. [3]

“Living systems, the subject matter of biology, represents aggregates of matter for which an elaborate science has been contrived, albeit one that lacks both the scope and formal impressiveness of the physical sciences.”