In archeology, migration out of Africa refers to the migration patterns of humans, over the last 120,000-years, starting in the Rift Valley of Africa, and then one man who went out of Africa, about 51,000-years ago, to populate the earth as we presently know it with humans.

Overview
The following is an example of on variant of the migration pattern of humans out of Africa: (Ѻ) 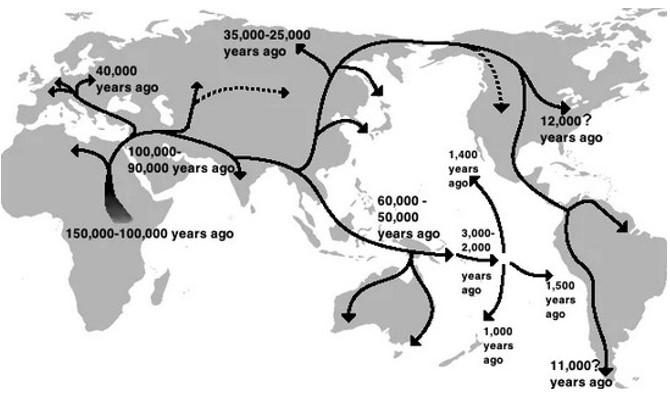 The following is an alternative migration out of Africa in kilo-years-ago:

A key point to note here, is that according to DNA tracking, a man named the “Y-chromosome man”, who existed in Africa, about 51,000-years ago, is the last common ancestor to all existive people.