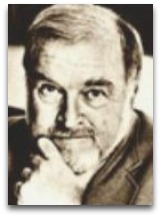 In existographies, Mihaly Csíkszentmihalyi (1934-) (CR:25), pronounced "Me-high Chick-sent-me-high", is a Hungarian-born American psychologist noted for his positive psychology theories of flow, sometimes called "Csíkszentmihályi flow", or “states of optimal experience”, the use of the Freudian-Jungian terms psychic energy and psychic entropy in his analysis of states of mental life, and ideas on negentropism, e.g. psychic negentropy, and creativity. [1]

Overview
Csíkszentmihályi has stated that he was drawn into psychology after attending a lecture by Swiss psychologists Carl Jung. [2]

Influence
Some of Csíkszentmihályi's writings on entropy have been influential to American entropy-ethics educator Dick Hammond. [3]

“It’s like opening a door that’s floating in the middle of nowhere and all you have to do is go and turn the handle and open it and let yourself sink into it. You can’t particularly force yourself through it. You just have to float. If there’s any gravitational pull, it’s from the outside world trying to keep you back from the door.”

— Susan Perry and Mihaly Csikszentmihalyi (1999), Writing in the Flow State [4]