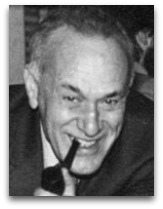 In hmolscience, Mikhail Vladimirovich Volkenstein (1912-1992) was a Russian bio-physicist (chnops-physicist) noted, in human thermodynamics, for his circa 1985 to 1994 publications on thermodynamics applied to evolution, biology (chnopsology), and culture.

Overview
In circa 1985, Volkenstein, in his Entropy and Information, used a mix of Prigoginean thermodynamics, Gibbsian thermodynamics, and assumed Shannon-based equivalence of information in a message or genome with entropy, to show how entropy applies to biology, culture, and the production of artistic work. [1] The book seems to contain a good amount of trivia on Russians to theorize on thermodynamics of biology. Volkenstein notes, for instance, that Russian biologist Erwin Bauer commented in 1935 that “living systems are never in equilibrium and at the expense of their free energy …” Volkenstein discusses topics such as the entropy balance of an astronaut in space.

“As useless as the book cited above is the book Evolution as Entropy by Brooks and Wiley. The basic proposition in this work is that speciation is controlled by the stochastic premises of the second law of thermodynamics. One may only regret that in the 43-years since the publication of Schrodinger's work [What is Life?] a book has appeared whose authors do not understand the role of the second law of thermodynamics in living nature...the authors are concerned only with the amount of information and, hence, with [Shannon] entropy. But, by confining oneself to these concepts alone, one can hardly say anything about evolution...in the world of living things the quality or value of information is often of decisive importance. No appropriate methods have yet been worked out for estimation of the quality of information.”

Education
From 1933 to 1948, Volkenstein worked on the intensities of molecular oscillation spectra; from 1949 to 1960, he worked on the statistical mechanics of macromolecules; from 1961 into the mid 1970s, he worked on questions in molecular biophysics, such as biomolecular conformations and on the reactivity of biomolecules. Towards the end of the 1970s, Volkenstein set out to explore questions surrounding the origins of life, about which he began to study the interrelationship between entropy, information, and life. He met Ilya Prigogine at a conference in Berlin, after which the two became good friends. Volkenstein is considered to be one of the pioneers of macromolecular dynamics. [2]