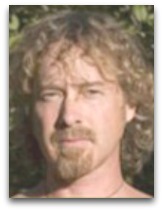 Overview
In c.1960s, Mathis was seen as a child prodigy, of some sort, with accelerated artistic abilities, but also doing well at mathematics and astronomy, which allowed him to skip first grade, which he says disaligned his ability to form normal relationships of the opposite sex. [1]

In c.2007, Mathis, in his MilesWMathis.com site, began to pen about 1,500 article, on various topics, supposedly on all the "errors" of the great scientists.

In 2010, Mathis, in his The Un-Unified Field, building on his online articles, attempted to argue things like “gravitation field”, as it is currently defined, cannot “support the shape or the equations of the earth at perihelion or aphelion”. [1]

Mathis, in short, seems to be caught in some kind of “I must find the errors in Einstein” syndrome, common to many former child prodigies, such as William Sidis, Christopher Langan, Jacob Barnett, to name a few, who have been kicked out of the normal mechanism of social upbringing (see: inflated IQs).

In 2020, his name began to be repeatedly filtered to Thims, as someone that needed to be looked into, as a possible “missing” genius candidate, which, following investigation, does not seem to the case.

Education
In 2000, Mathis attempted to major, for a short time, in physics and astronomy, at the University of Texas, Austin, but did not completed a degree. He then entered independent study; which he summarized as follows:

“I had also kept up his readings in science since college, although this consisted mainly of updates on the latest theories. But, unsatisfied with the direction these theories were taking, I finally began studying the history of theoretical physics in earnest, especially as it related to classical mechanics and basic physics. I bought a small library of old books like Newton's Principia, Euclid's and Archimedes' treatises, Maxwell's papers, and all of Einstein's original writings. I also brushed up on his calculus and began looking into the origins of that math. This ultimately led him to Cauchy and Cantor (GME:16), set theory, topology, physical chemistry, cosmology, and several other subfields, which he investigated to whatever ends he was following at the time.”

References
1.Mathis, Miles. (2010). The Un-Unified Field: and Other Problems: why Einstein’s and String Theory’s Quests for Unification were Doomed—the Fields were Already Unified, and Had Been Since 1687 (pgs. 110-11). Author House.
2. About (Ѻ) – MilesWMathis.com.