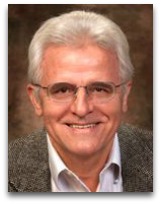 In human thermodynamics, Milivoje Kostic (1952-), see: audio pronunciation, is a Serbian-born American mechanical engineer noted for his circa 2007 thermodynamic philosophy centered on what he refers to as the “grand law of nature”, which he defines as follows:

“The universe consists of local material (mass-energy) structures in forced equilibrium and their interactions via forced fields. The forces are balanced at any time (including inertial-process rate forces) thus conserving momentum, while charges/mass and energy are transferred and conserved during forced displacement in space all the times, but energy is degraded (dissipated) as it is redistributed (transferred) from higher to lower non-equilibrium potential towards equilibrium (equipartition of energy).”

Kostic believes that this forms the basis of what can be considered the “zeroth law of religion”, a thermodynamics-based belief system based on the view that energy is the fundament behind the explanation of all existence. [1] The following is Kostic's 2011 synopsis of how the thermodynamics defines the laws of nature: [4]

“The phenomenological laws of thermodynamics have much wider, including philosophical significance and implication, than their simple expressions based on the experimental observations–they are the fundamental laws of nature: the zeroth law (equilibrium existentialism), first law (conservational transformationalism), second law (irreversible-directional transformationalism), and third law (unattainability of 'emptiness'). They are defining and unifying our comprehension of all existence and transformations in the universe.”

Other
In 2013, Kostic was the guest editor of the Entropy journal special edition on “Entropy and the Second Law of Thermodynamics”, aimed at addressing confusions surrounding the two, the focus question being addressed, as Kostic summarizes thing:

“The second law is often challenged in biology, life and social sciences, including evolution and information sciences, all with history rich in confusion.”

The mention here of "rich in confusion" brings to mind classic entropy misinterpretations as well as the famous 1902 "What is Entropy Debate?", the more recent Shannon bandwagon parade, which confuses information theory (Shannon entropy) with thermodynamics (Boltzmann entropy), that continues to this day, along with the real-time 2009 “entropy apples to humankind” street debate at Penn State University, which gives a visceral feel to way typical students and religious philosophers feel about entropy and human existence. [3]

In Jul 2014, Kostic retired and in Sep 2015 became professor emeritus. In Sep 2015, Kostic was a guest editor of the an Entropy journal special issue of “Exploring the Second Law of Thermodynamics” and in 2015 was appointed editor in chief of the thermodynamics “section” (Ѻ) of the Entropy journal.