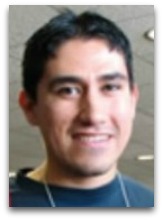 In human chemistry, Mitch Garcia (c.1981-) is an American nuclear chemist noted for []

Overview
In 2010, American electrochemical engineer Libb Thims posted a "should human chemistry be taught in school?" thread to ChemicalForums.com, the form that Garcia is the founder of, to get some water testing on how general chemists would "react" (no pun intended) to the premise of human chemistry, the study of the behaviors of human molecules, being taught in school (high school or college), such as advocated by Henry Adams in his 1910 “A Letter to American Teachers of History”. The thread, however, was quickly locked by site administrator Marcin Borkowski a Polish analytical chemist. [1] Thims then messaged Garcia, the site creator, to see if this would be the policy of ChemistryForums (similar to Wikipedia) to ban any and all subject matter related to human chemistry, with the following message:

"Mitch, you seem to be the curator of this site (which I just found yesterday). The topic I tend to post on is very controversial, namely the definition of a person as a molecule, and discussing how chemistry, thermodynamics, physics apply to this viewpoint. Historically people have been banned and or imprisoned for writing about this, over the last 230 years (see: human molecule (banned)). My first posting to this site on this topic was quickly thread locked (see: thread) and linked banned (by admin Borak, who considers the subject crackpot). Similarly, the following article was banned from Wikipedia (see: human molecule (Wikipedia)), by similar-minded admins, who commented that they wanted to "kill" the article. My question, subsequently, is that is open discussion of this subject not going to be allowed at chemical forums? The basic timeline of who's theorized on this subject is here (see: HMS pioneers). Thanks."

A message to which Mitch responded with:

"Honestly, the idea seems pure crackpottery to me. Crackpots always seem to think they are victims of the "mainstream". They always seem to think no one is intelligent enough to understand their points. Oddly, they all also tend to write a lot in their internet postings. And unfortunately no matter how much we argue with the crackpots they never give an inch in return. However, assuming it is okay with Borek [Marcin Borkowski] I'll greenlight you to post in the "Politics, Philosophy, Oddities" forum under the condition that you don't link to your website from Chemical Forums"

The set of messages to which Borkowski commented: [2]

"If it is up to me to decide - I am against. With each paragraph you get more Baez crackpot index points."

To note, “Baez crackpot index”, an online parody system for numerically ranking the crackpottery of a theorist, posted on line in 1992 by mathematician John Baez, was also used in a derogatory direction towards Thims by Irish physicist Philip Moriarty during the 2009 Moriarty-Thims debate. [4]